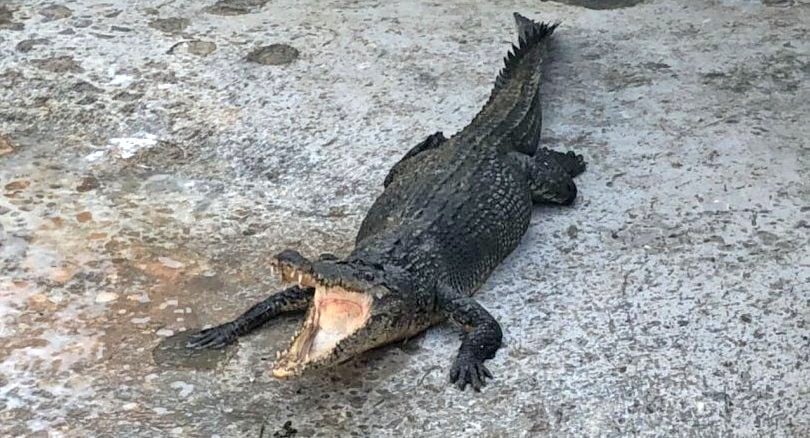 The latest crocodile-on-the-loose has been snared but Phuket’s Governor is now threatening to take legal action against crocodile owners who fail to register their animals by August 10.

Norapat Plodthong says that only five owners had registered their reptiles since the order went out. Norapat says legal action would be taken against those failing to report by the August 10 deadline. The province has also instructed community heads to report any suspicious purchases of items such as fresh chicken carcasses and fish bones that could be used to feed captive crocodiles. In return for such information, aiding in the crackdown of illegal crocodile farms in the province, they would be rewarded, he said.

The governor’s threat followed the latest capture of a touring crocodile, a one-and-a-half-metre specimen nabbed near Koh Kata off Layan Beach more eleven days after it was first seen swimming close to Yanui Beach in the Rawai area. The crocodile was netted early yesterday (Sunday) by a professional croc-hunting team from Surat Thani and a local fisherman, who snared it in a fishing net.

The animal was taken to the Phuket Coastal Fisheries Research and Development Centre in Pa Khlok. Officials said its DNA would be checked to establish its breed, but their initial guess was that it was a saltwater crocodile that would have been kept in captivity. Officials say the presence of lichen on its skin suggests it had been raised in a pen built of moist cement blocks.

Norapat says the Fisheries Department would be contacted to help determine more about its background. It would then be relocated to a suitable habitat, he said. A much larger crocodile given the name “Laypang” (Beast) was caught last August in an inland lake in the same area after being sighted swimming offshore.

“Lessons learned from these incidents need to be taken seriously”, said Norapat, “including the need to locate captive crocodiles and prevent their escape, and to locate escaped crocs quickly”.

Last week the Governor took the unprecedented action of closing Phuket’s beaches and banning beachgoers from swimming for a day. 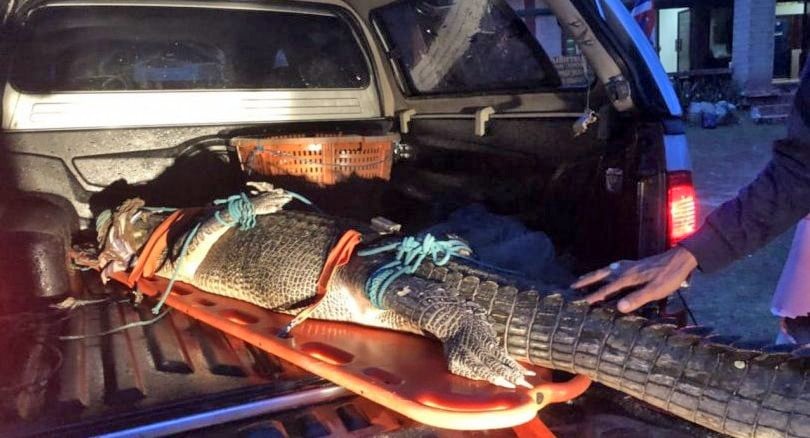 SOURCE: The Nation, The Thaiger

‘Yanui’ the crocodile is probably from a crocodile farm