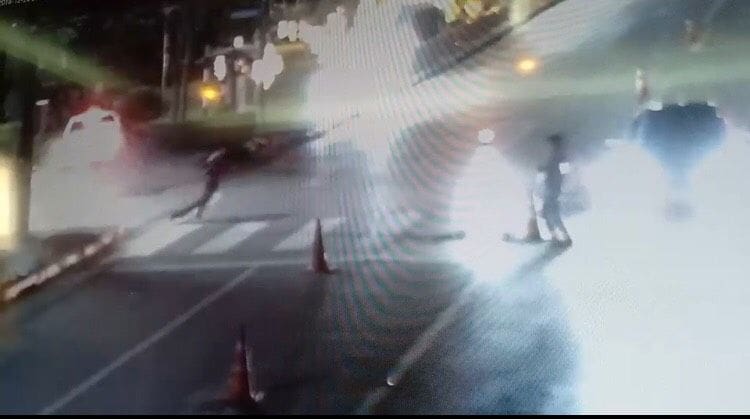 A drunk driver has been arrested and charged after breaking through checkpoint in Cherng Talay, narrowly avoiding knocking over an attending officer.

Cherng Talay Police Chief Col Serm Khwannimit says, “At 1.30am yesterday early morning the police were at the checkpoint on Srisoonthorn Road in front of the Cherng Talay Municipality.”

“We conducted an alcohol blood test on Pittaya at the hospital where it indicated he was well over the legal limit.”