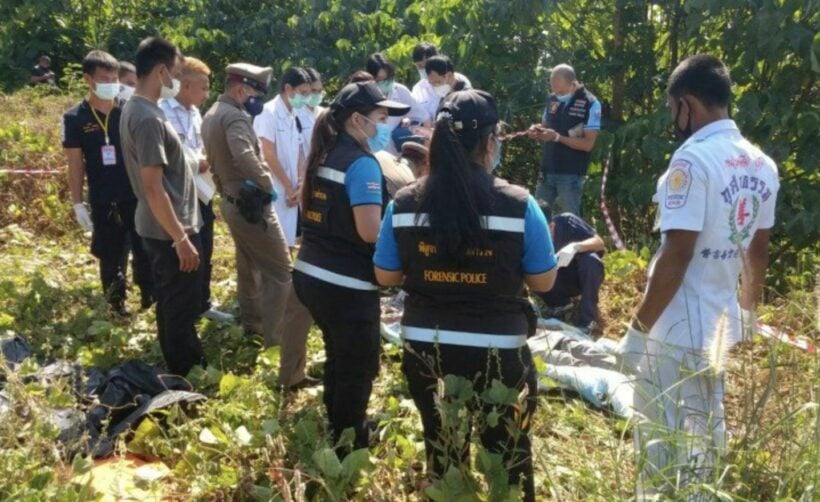 A woman’s body was discovered wrapped in blankets on the roadside between Patong and Karon yesterday morning.

Police and the local Kusoldharm Foundation headed to the location near the Phuket Provincial office of the Agricultural Land offices on Patak Road, Karon, in response to a report of what appeared to be a dead body on the side of the road.

The emergency responders discovered the body of a women wrapped up in a house blanket with a pink T-shirt. She had long hair and was about 160 centimetres tall.

Police say they believe the crime had been committed in the past 24 hours due to the state of the body. The women’s head had several injuries leading police to believe that she had been beaten to death.

She was wearing a bracelet on her arms and rings on her left hand.

On the woman’s left wrist were two silver bracelets, and two silver rings were on the index finger of her left hand.

The body was taken to Vachira Hospital in Phuket Town for a full autopsy.