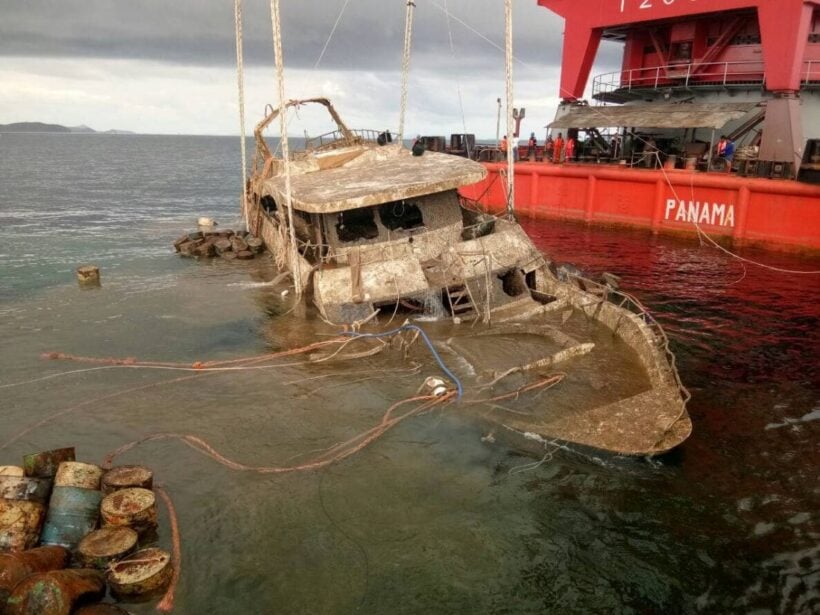 The Anti-Money Laundering Office (AMLO) has seized the ‘Phoenix’ which will now be sold by auction.

The Thai Immigration Bureau Chief, Lt Gen Surachate Hakparn, has already confirmed that many aspects of the ‘Phoenix’ design and operation were substandard.

Read more the investigation into the vessel’s design HERE.

Phoenix sank on July 5 this year causing the growing death of 47 mostly Chinese tourists and children. The impact of the disaster, and the handling of the investigation, has caused a drop in Chinese tourist numbers to Phuket and the Kingdom in the last half of 2018.

Royal Thai Police Deputy Chief Gen Rungroj Sangkram says, “The AMLO has now seized the vessel. They have been planning what to do with the boat. They are also planning to sell the boat by auction and use the proceeds to pay for the ongoing investigation and litigation.”

“Officials who were involved in the plans, and approved the boat’s registration, will face legal action.”