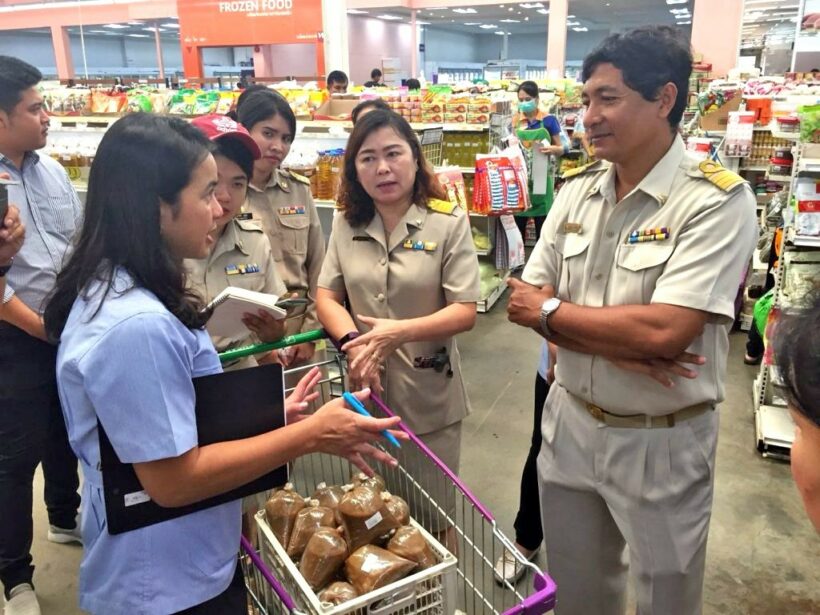 A team of officials from the Office, headed by Somnuek Halem, inspected the large department store in Rassada after the news had already gone viral in social media.

Officials found that all the fermented fish bags had already been removed from the shelves of the main store and other branches.

The head of stock at the store told officials that the fermented fish products are from the north-east (Esan).  The products arrive in Phuket already packed in a plastic bag.

Khun Somnuek says, “We have to check the original source of this product to see if the factory has satisfactory standards of sanitation or not.”

“We’ve also asked the store to randomly check their products before putting up on shelves. Two years ago a snake was found inside a fermented fish packet, from the same store.” 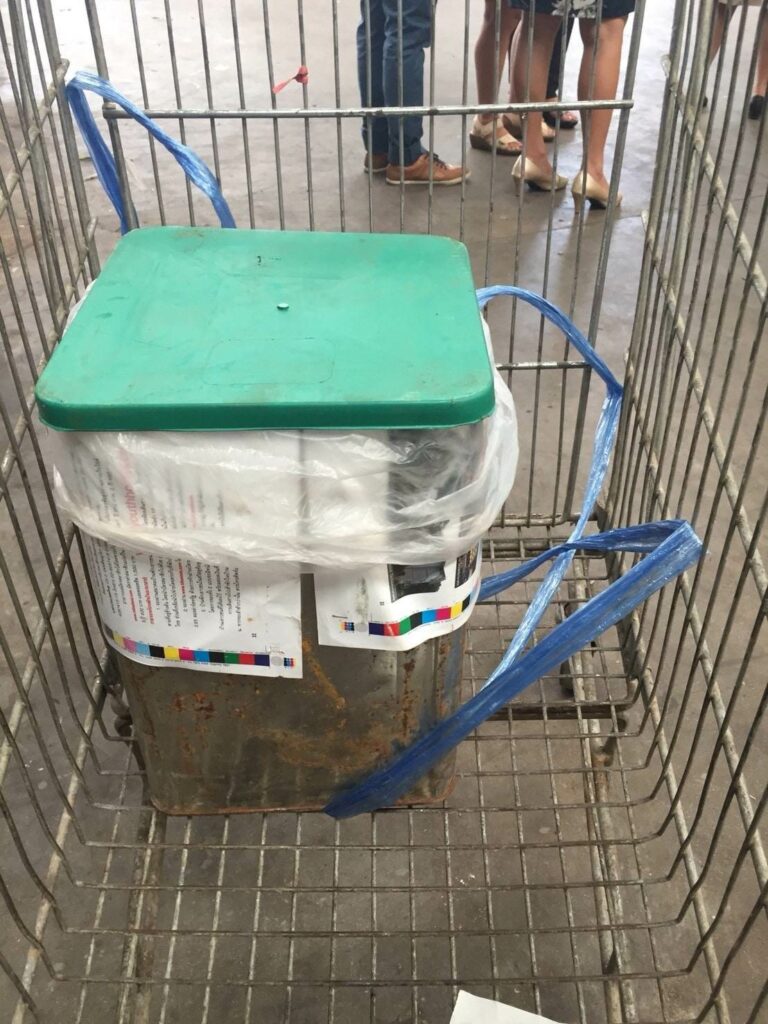