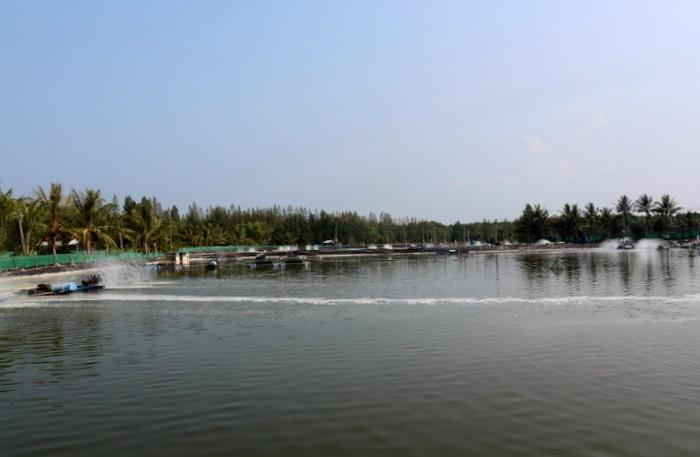 PHUKET: A new taskforce set up by the National Parks Department, known as ‘White Shark’, launched an investigation into alleged encroachment of more than 2,200 rai of mangrove forest in Phuket.

The taskforce mustered 200 officials to check several plots in Phuket. Officials estimate encroachment of the mangrove forest has cost the state 250 million baht.

Officials were split into eight teams led by Pongsapak Hiabsakul, director of the Coastal and Mangrove Forests Conservation Division, to carry out the operation, which started yesterday and will run until Tuesday.

They suspect about 82 rai of a golf course encroaches on mangrove forest. Operators of the golf course reportedly showed the officials land-title deeds for 801 rai. Officials plan to check the title deeds against state title deeds and have yet to press any charges, pending further investigation.

A prawn farm on 400 rai in Thalang district was among the sites inspected. Representatives of a private company showed the officials land-title deeds, which will also be checked.

Sakda Wichiansil, deputy director-general of the Department of Marine and Coastal Resources, said that in 1961 Phuket had 21,021 rai of mangrove forest, yet recent aerial photographs showed that only 13,446 rai of such forest now remains.

He said the province that faced the most encroachment on mangrove forests was Samut Sakhon with 126,000 rai allegedly taken illegally, followed by Phetchaburi (35,200 rai), Samut Songkram (14,600 rai), and Phang Nga (3,680 rai). Most were taken for agricultural purposes.

“The department set a target this year to reclaim 15,000 rai of mangrove and coastal forests from people who illegally seized the land. So far, 10,694 rai has been reclaimed by the state. Another 4,306 rai is to be inspected this year,” Mr Sakda said.

Another taskforce set up by the National Parks Department filed a complaint with police yesterday after confiscating two young elephants from a zoo in Hua Hin iafter it was revealed the elephants did not have correct livestock identification forms.

The ‘King of the Tigers’ taskforce, led by Chaiwat Limlikit-aksorn, checked the zoo in Hua Hin’s Tambon Hin Lek Fai. They found 11 elephants. Two of them did not have the correct ID forms.

One, called Plai Bun, was four years old, but had a document that said it was 10 years old. The form also said the elephant had five front nails and four back nails but the elephant had only four nails on both front and back legs. It also did not have a hole on its ear lobe, as described in the ID form.

Officials also seized a 17-year-old elephant named Plai Moss, which has ivory tusks – while its ID form said it had no tusks.

Officials suspect that the zoo does not have complete and necessary documents to possess other wild animals such as tigers and bears. They said it had only a licence to operate the zoo but not documents to prove that the state had been notified about its possession of wildlife.

Operators of the zoo were given time to bring the documents to officials, but were told if they cannot comply, some of the wildlife would be confiscated.

On Friday, the government decided for the first time to list cases concerning wildlife smuggling, forest encroachment, and illegal logging as special cases that will be pursued under Department of Special Investigation laws, in order to keep up with criminal gangs and ‘influential figures’.