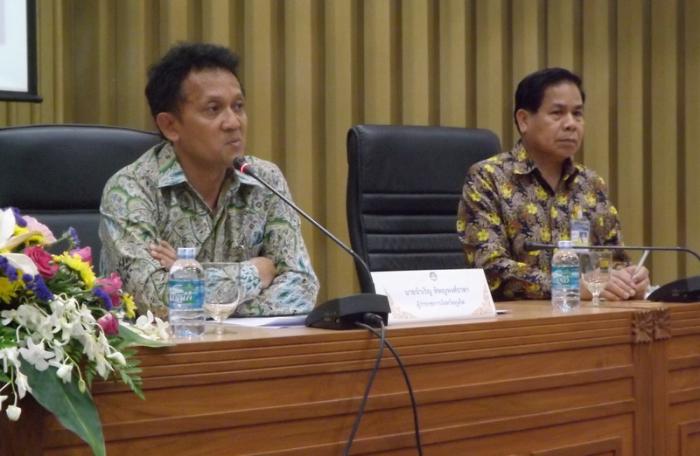 “From now on, all tour companies must provide staff uniforms for their employees with company logos and names,” said Santi Pawai, director of the Ministry of Tourism and Sports (MOTS) Phuket Office. “They need to represent where they’re from and will not be allowed to wear t-shirts or shorts,” he said.

The move to clamp down on the sloppy style of tour guides and cab drivers began last month, when police arrested 19 taxi drivers at a checkpoint in Patong for dressing ‘inappropriately’ (story here).

“If I see any tour guides without uniforms, I will seize their guide permits,” Vice Governor Prajiad said. “Torn or inappropriate clothing at Phuket International Airport represents us poorly.”

He added the government has received a supportive response from companies concerning the new regulations.

“I am delighted that many companies are expressing interest in making their own uniforms,” V/Gov Prajiad said. “If every company followed suit, Phuket could be the first province in Thailand to have a standard for tour guide uniforms. This way, we can separate the good from the bad, and everyone can be held accountable for their actions.”