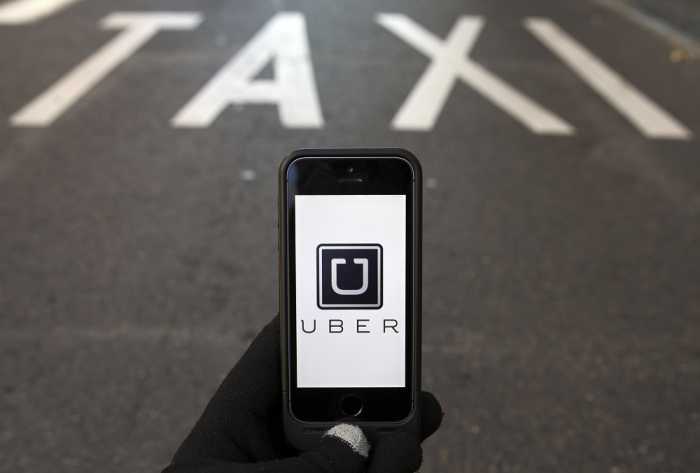 PHUKET: The Department of Land Transportation (DLT) came to terms with Uber this week, making it clear that the taxi-booking firm was legal, but that any promotion of illegal taxi drivers in Phuket or elsewhere in Thailand was banned.

“We have held talks with Uber twice… We must consider passenger safety because the taxi driver must have a public driving licence and a criminal records check with our department.”

After having finally dug out the deeply entrenched taxi mafia in Phuket with heavy military backing, officials are hesitant to provide any opportunities for illegal taxis to return to the streets.

“We understand that they are aiming to improve the quality and safety of taxi services in Phuket. However, many of the changes we have recently made to rid the island of ‘black plate’ [illegal] taxis have already done that [story here],” Phuket Land Transport Office (PLTO) Chief Terayout Prasertphol said earlier this month.

An Uber representative confirmed to the Phuket Gazette today that in Phuket, all the company’s UberBlack partners are “established, licensed, chauffer-driven limousine / rental companies that are registered and accredited by the government.”

“Uber respects the DLT and its important role as the key regulator on vehicle-for-hire transport in Thailand. We look forward to continued conversations with the DLT to bring our innovative transportation solutions within the appropriate regulatory framework in Thailand,” a separate statement from Uber read.

What seems to have drawn the DLT’s focus, however, is the promotion of peer-to-peer ride-sharing.

“Uber is working with governments around the world to promote safe, reliable and efficient transportation options supported by reasonable regulations that put consumer interest first. Already, 14 jurisdictions have embraced our peer-to-peer ride-sharing solution, UberX, by creating progressive and permanent regulatory frameworks for ride-sharing – a transportation alternative that didn’t even exist three years ago,” the statement read.

In December last year, a local expat asked the Gazette whether or not a similar concept – ride-sharing for visa runs – would be considered illegal.

“It is not a problem to give a ride to other people and accept their money to share the cost of fuel. However, if you profit from driving others – for example, by receiving more than just the cost of the fuel – we consider it operating a business,” he said.

Though facing legal action in various countries, the company – which one year ago operated in 60 cities in 21 countries – now operates in 250 cities in 50 countries.

Uber is valued at US$40 billion after securing US$1.2bn from investors for the company to expand in Asia, according to Uber’s co-founder Travis Kalanick.

“Uber is transforming the way people move around their communities. Over the past few months, more and more Thai people have been cruising the streets of Bangkok and Phuket using the Uber platform, and they are loving the experience,” said the statement.

“We are a technology company and our smartphone application connects people who need a ride with a driver at the tap of a button. Our goal is simple – we want to keep Thailand moving forward in a way that increases safety and reduces congestion.”

With competition from similar services such as GrabTaxi, which saw Softbank invest US$250mn for its expansion in Southeast Asia, Uber is expected to see Thailand and much of Asia become its next battleground.