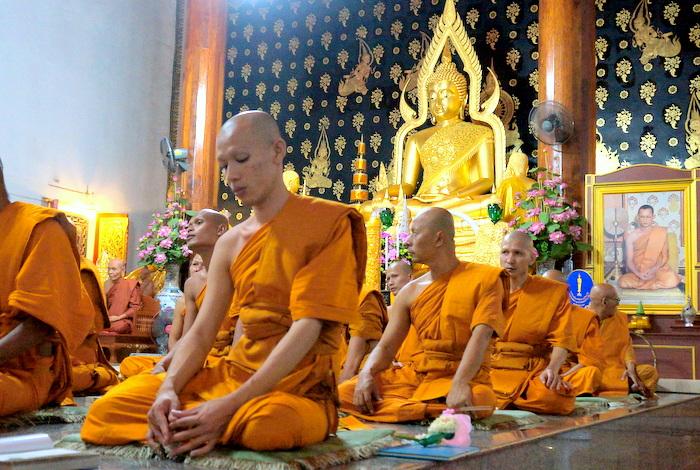 PHUKET: Government offices, along with many private businesses, will be closed over the next three days, as Buddhists across the country mark Asanha Bucha Day and the Khao Phansa Holiday.

Alcohol sales are also prohibited during the official public holidays on Tuesday and Wednesday.

Asanha Bucha, which falls on Tuesday, commemorates the Lord Buddha’s first teaching of Dhamma (Truth) to his disciples.

What started as a sermon for just five believers during a full-moon day has turned into a worldwide celebration with an estimated 400 million followers.

The holy day marks the first teaching of the core tenets of Buddhism, the four noble truths: there is suffering, suffering is caused by craving, there is a state beyond suffering and craving, and the way to enlightenment is through living righteously, via the eight-fold path.

Khao Phansa, the day after Asanha Bucha, literally means the ‘rains retreat’. This is the customary time for laymen to ordain as monks.

For this three-month period, monks traditionally retreat to temples for the rainy season, as the monsoons make it difficult for them to meditate in the forest or ask for alms in villages.

To ensure the monks are able to sustain themselves, laypeople make larger-than-usual offerings during Khao Pansa, most commonly with meter-long candles.

Phuket Tourist Police chief Naruewat Puttawiro confirmed that a police task force has been sent to patrol during the nearly week-long holiday, as tourists are more likely to flock to Phuket during the time off.

“We have sent out police officers to patrol tourist attractions along Bangla Road and Patong Beach,” Maj Naruewat said. “Local police officers are also stepping up their patrols in order to inspire tourist confidence while on holiday.”