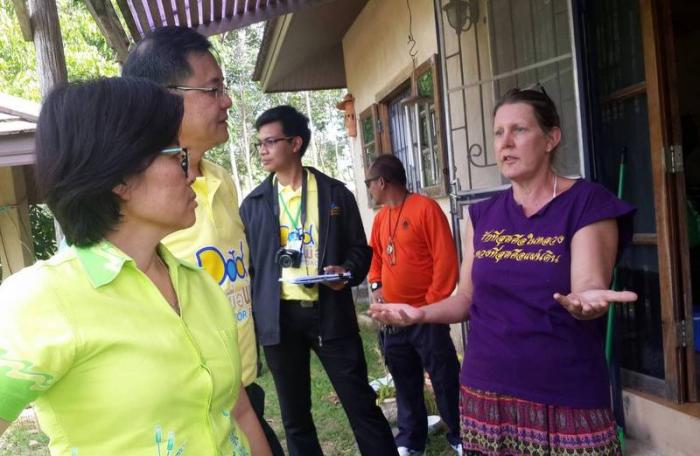 PHUKET: Local ‘quacks’ have forced officials from the Damrongdhama Center (ombudsman’s office) to appease a disgruntled Thalang homeowner on Friday, after she filed a handful of complaints to local authorities that remained unanswered.

In the complaint, Christy Kay Sweet, 50, claimed that several chickens and ducks have been wandering around her garden, waking her up during the early hours.

“Ms Sweet stated that more than 40 fowl belonging to an unknown owner walk around her yard, disturbing her and creating a mess in her garden,” said Damrongdhama Center Chief Prapan Kanprasang. “After observation of the surrounding area, we discovered that the Ms Sweet’s backyard is located next to a rubber plantation, where the owner is raising fowl.”

In order to solve the problem, officials have asked the owner to keep the birds in their coop and cover it with a dark cloth until a more decent hour, to prevent the fowl from crowing too early in the morning.

Immigration to tap into Interpol database to fight crime