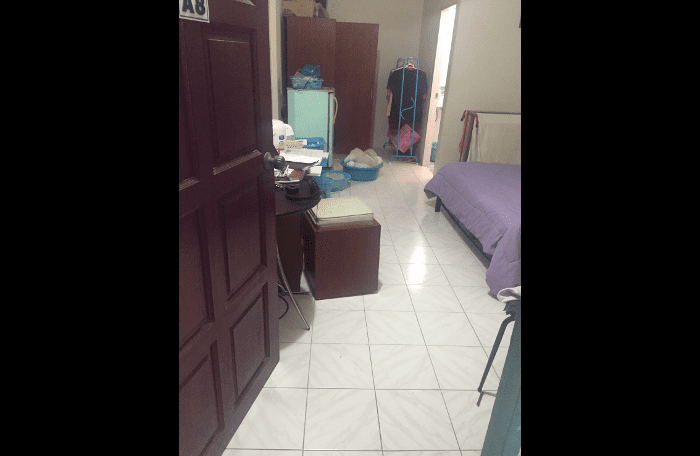 PHUKET: A Thai woman was found hanged in a Patong apartment yesterday with a note that explained her health and money issues.

“The apartment is located on Pisitkoraneee Road. We found the body of Chantraporn Martphanna, 47, hanging by electric wires tied to the closet bar,” said Capt Yingyong Chuoykij of Patong Police.

“The body was taken to Patong Hospital for an autopsy. There were no signs of a struggle or the room having been ransacked,” he added.

The note, written in Thai, read:

I am sorry that I died in your apartment. Please help inform rescue workers of my death.

I live alone and have no relatives, so you do not need to contact anyone.

I have done this because of my health issues and the constant pain in my stomach. Secondly, I have financial obligations that I cannot keep; my room rent hasn’t been paid for several months already.

Please treat my death respectfully and do not spread it around.”

Police questioned the apartment owner, named Sahat Junklin, who was the one who discovered the body.

“She’d been staying alone in the apartment since October 2013. She hadn’t paid her rent for the last three months because she’d lost her job. Two days ago, she locked herself in the room and refused to come out. I was worried, so I broke down the door, which is when I found her body,” Mr Sahat told police.

Police questioned her friend, Natcha Tatchai, who said that Ms Chantraporn used to work at a ticket counter, but had just become jobless. She had no relatives, as far as she knew.

“Ms Natcha told us that the victim was stressed about money, but never borrowed any, even if she was starving. She also suffered from allergies and severe stomach pain,” said Capt Yingyong.

“From the evidence and witness statements so far, we believe that stress from being jobless, broke and sick led to her death,” he added.