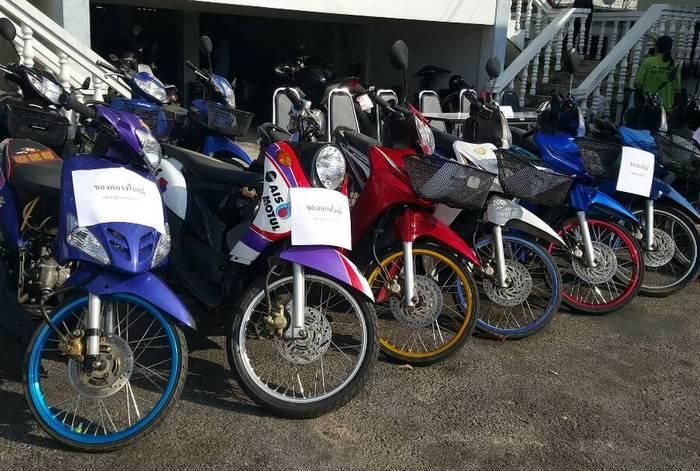 KRABI: Six young men were arrested on Wednesday night for stealing motorbikes from the Krabi City Police Station to chop and sell as spare parts.

Four of the six were minors – 16 and 17 years old. The other two suspects were named as Sarawut Chinsri, 20, and Jakkapong Nonsri, 18.

“I first noticed that a motorbike from the impound was missing on February 17. After looking into it, we realized that an additional five were missing as well,” said Lt Pipat Wongdet of the Krabi City Police.

Police dug up CCTV footage of the area and spotted four masked men stealing the bikes.

“Nonetheless, we were able to identify Mr Jakkapong, which led us to arrest Mr Sarawut and the rest,” said Lt Pipat. “The gang confessed that they stole bikes from multiple locations in Krabi Town, including the police station and Krabi Hospital.”

All suspects were charged for theft. However, the minors will be handled separately, confirmed Lt Pipat.