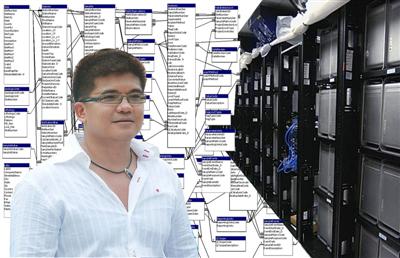 PHUKET: As part of a nationwide investigation, Phuket businesses are being investigated closely by police for using illegal computer software.

Police are said to have seized hardware and software, all allegedly unlicensed. The company was given a million baht fine, the source said.

Following news of the raid, a number of Phuket businesses reportedly closed for the day.

Colonel Sarayuth Pooltanya, deputy commander of the Royal Thai Police Economic and Cyber Crimes Division (ECD), said late last month that “all businesses will have to ensure that they are compliant with the Thai Copyright Act.”

A list of 1,000 suspect companies nationwide compiled by the ECD has been based on tips, some anonymous. These are typically from sources within the target companies.

Leads are also being shared by the Business Software Alliance, which runs a toll-free hotline and website for informants to report on the use of pirated and unlicensed business software.

In recent months, the ECD has stepped up enforcement of intellectual property rights in respect of software.

August marked one of the ECD’s most successful months, with 15 substantial raids netting 54.5 million baht’s worth of allegedly non-copyright software.

The raided companies came from a wide variety of industries, including manufacturing, real estate, automobiles, shipping, design and engineering.

“We use a software checking device called System Hound which is installed in all our computers and has a centralized network control point,” he said.

“The system performs regular checks on all of our computers and makes sure all licenses are up to date,” he said.

It was not reported if or when the probe would be expanded to include computer companies that load up hard drives with illegal software when selling new machines to customers.