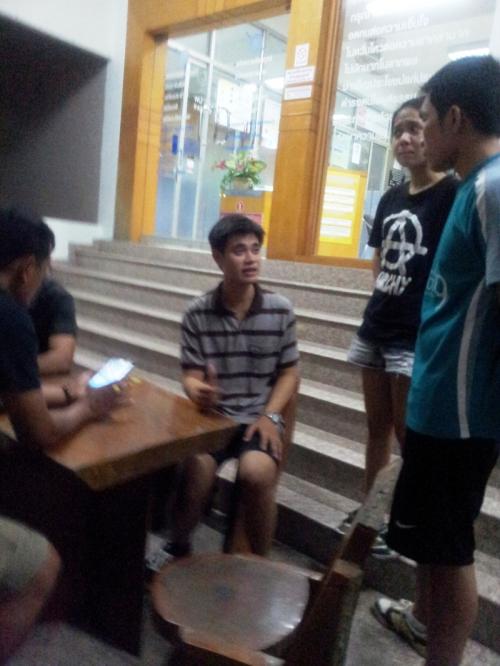 Duangnapa Janta and Nupong Kongpimp, who had come from Mahasarakham University in the northeast of Thailand as interns at a hotel at the Laguna Phuket complex, reported the incident to Cherng Talay Police at about 8pm last night.

“When we arrived at the scene, we found Ms Duangnapa and Mr Nupong looking very frightened,” said Lt Prasert Tongphrom of the Cherng Talay Police.

The students were robbed when they were returning from Bang Tao Beach to their rooms.

“The two thieves rode up on a Honda Wave motorbike. The guy riding on the back pointed a gun at us and demanded we hand over our smartphones: an iPhone 4s and Samsung Galaxy,” Mr Nupong told police.

“We promptly handed the phones over. As soon as they had them, they sped off,” Mr Nupong said.

Police are examining CCTV footage in the area as they continue to investigate the case, Lt Prasert said.