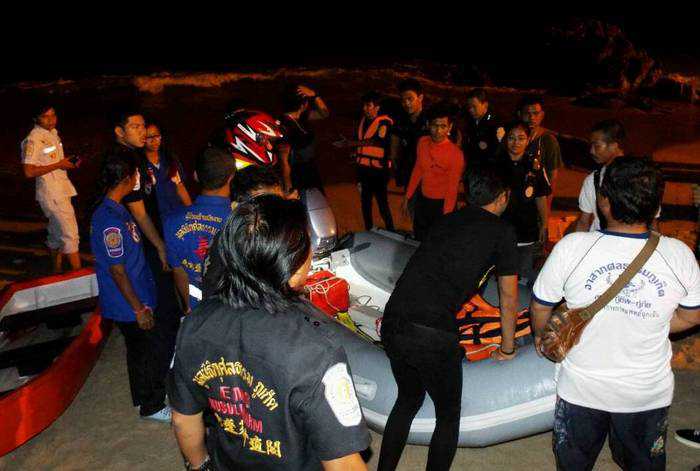 PHUKET: Rescue workers have given up a search for a Russian man last seen walking into the sea after a fight with his girlfriend in Phuket.

“We saw four people – two men and two women – walking on the beach. They all looked drunk,” said eyewitness Apirat Chanpradab. “They sat down, then after about 30 minutes one of the couples started fighting. The man suddenly stood up and walked into the sea. He went missing at about 50-80 meters from the shore.”

Police were called to the scene on Kalim Beach and launched a search for 27-year-old Pavel Mironov, confirmed Lt Col Pratuang Polmana of the Patong Police.

“We were alerted to the situation at about 9:50pm. The missing person’s girlfriend, Inna Tsyrenova, 31, confirmed that they had gotten into a fight before he walked into the sea,” Col Pratuang said.

“We started our search at about 10pm and didn’t call it off until about 2am. However, rescue workers continued searching until sunrise,” Wirot Saweangphol, chief lifeguard at Patong Beach, told the Phuket Gazette.

“We found no signs of the missing person. At this point, we presume he drowned.”

Chalong Bay Marina shut down for one year