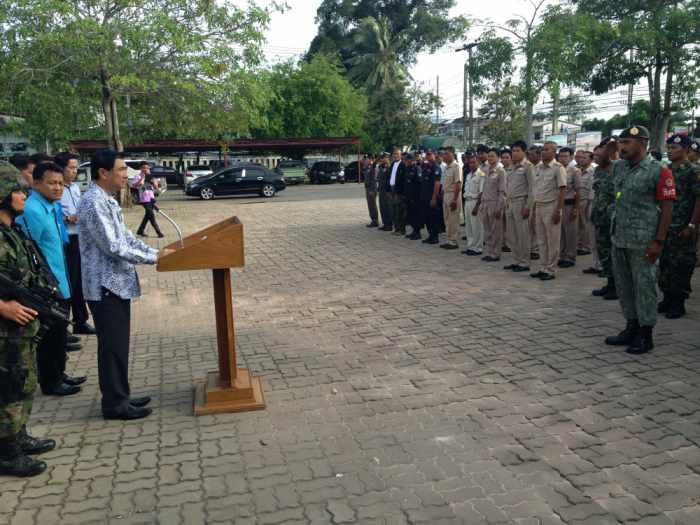 The checkpoints were set up as part of Phuket Governor Maitri Inthusut’s ongoing campaign to combat illegal drugs and weapons in Phuket.

“We set up [the checkpoint] at 5pm to crackdown on illegal drugs and weapons,” Thalang District Chief Supot Chanakit told the Phuket Gazette today.

“We had 37 urine samples come back positive for drugs, out of a total of 667 tests.”

Officials said that they were specifically targeting suspicious looking men and young males. Police said that they had received complaints from Thalang residents about young gangs suspected of dealing and taking drugs.

Those who tested positive were taken to the Thalang District Office and registered as drug offenders, although formal charges were not pressed. Instead, they were taken to Vachira Phuket Hospital to undergo rehabilitation.

As police push on with their efforts to catch major drug dealers, local residents are asked to report suspicious behavior or pass helpful information to the police.

“Local residents play an important part in keeping an eye out for drugs. If residents and officials work together, the drug problem can be stopped,” Mr Supot added.