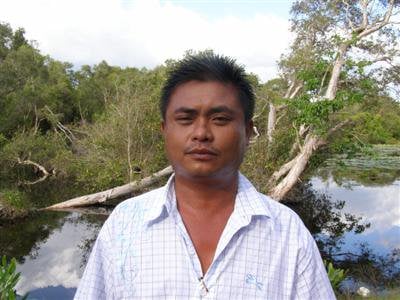 MAI KHAO, PHUKET: Villagers and local officials are at odds over whether a new road in Mai Khao caused the destruction of 25 rai of peat swamp forest – or stopped the encroachment from being much worse.

Mai Khao Tambon Administration Organization built the 28-million-baht road, which is 3.5 kilometers long and skirts the boundary of Jik Forest.

Mai Khao TAO President Sarawut Srisakhukham said the road was built for two reasons: “to serve the convenience of both tourists and local villagers, and to protect the forest from encroachment by investors.”

Nevertheless, he admitted the forest had shrunk from 102 rai to 77 rai since the road was built.

The road served as a boundary, protecting what remained of the peat swamp forest, he maintained.

“Private land and the forest are clearly separated by the road,” he said. “If we didn’t build it, I’m sure all the forest would be gone.”

But villagers complained that the road had actually caused the destruction of a large portion of the forest because new developments have sprung up along it.

Responding to their concerns, Phuket MP Chalermlak Kebsup asked the Natural Resources and Environment Committee of the House of Representatives to launch an investigation into the project.

“Villagers are afraid the road has damaged the forest and that it will bring more property construction into the area,” he said.

“We have to check whether there was a public hearing and environmental impact assessment before the construction started,” he said, adding that the committee would have the answers by its next meeting on Wednesday.

Mr Waruj noted that the peat swamp and mangrove forests in the northwest of Phuket had been nominated by Thailand as a Ramsar Convention site, meaning they were of international importance and should be protected.

The Ramsar Convention is an international treaty aimed at conserving the world’s wetlands to which Thailand is a signatory.

“I told President Sarawut I hoped this forest would be the last site to be encroached upon because it takes about 100 years to recover from the loss of biological variety,” he said.

His committee was determined to put an end to forest encroachment, he said.

When interviewed by the Gazette, Mr Sarawut was quick to defend the Jik Forest road project.

“I’ve confirmed that this project has been very useful to people coming to the beach, fishermen looking for fish and crabs, as well as investors,” he said.

After the committee finished its survey of Jik Forest, members went on to view an 8-rai plot of mangrove forest in Muang Mai, Village 5, tambon Thepkrasattri, part of which had also been destroyed.

A wide area of forest and a former canal had been filled with soil, while a pile of tires was set nearby in preparation to burn the trees.

Coconut trees were ready to plant in the plot as a sign of ownership.

The land belonged to the Department of Marine and Coastal Resources, Mr Waruj said.

“We don’t understand why Phuket’s executives let these problems happen,” he said. “I told Vice Governor Smith [Palawatwichai] to focus on stopping encroachment and punish those responsible,” he said.

Villagers said the soil, tires and coconut trees had been brought to the site at night.

“We heard the truck running from the main road, but nobody dared check who was actually doing this…Many calls were made to the police, but there was no response,” one villager told the Gazette.

“We feel very upset because we love this land and plant more trees every year on Mother’s and Father’s Day… But now there’s no fish left in the canal for us.”