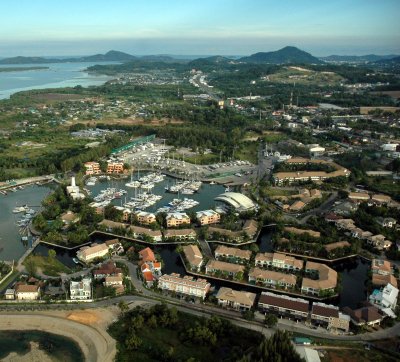 PHUKET: As part of a project to set up a ‘data center’ for the local yachting industry, Prince of Songkla University researchers have set up a website intended to serve as a central database and information hub.

The new website was unveiled yesterday at a seminar at the Phuket Merlin Hotel in Phuket Town.

The “Yachting Seminar on ICT Infrastructure and Data Center 2010” event was organized jointly by the Ministry of Industry’s Office of Industrial Economics (OIE) and PSU-Phuket’s Faculty of Engineering.

Still in the early development stages, the site was created by PSU staff and students with funding from the OIE.

The OIE has earmarked a total of 2.99 million baht in funding for the Data Center project study phase, work on which began August 31 and ends in February 2011.

Yesterday’s gathering was held to brainstorm ideas with the operators of some 60 local yachting and marine tourism businesses invited to hash out the best way to establish the Data Center.

As the project is still in the development stages, it has still not been decided whether the center will exist solely in cyberspace or whether it will take the form of an actual office with staff.

Dr Charun Boonyakarn, Dean of the Faculty of Engineering at PSU’s campus in Songkhla, told the seminar that there is still great growth potential in the local and regional yachting industry.

Phuket currently has marina facilities to service about 1,300 vessels in the 30- to 100-foot range, he said.

The establishment of the Data Center would help attract more marine tourists and raise the number of visiting vessels to Phuket and the Andaman region at any given time to at least 5,000, he said.

The 5,000-vessel figure is a modest goal as it represents just 1% of the number of yachts and pleasure craft owned worldwide, he said.

Expansion of the local boat-building and yacht repair service industries has now reached a point where tourists need an information hub to help them conveniently find the goods and services they need, the seminar was told.

Suthinee Poopaka, director of the OIE, said the Thai government did not do enough in the past to promote and direct development of the yachting and marine leisure industries.

Information obtained from established players in Phuket would help the government develop better policies to reach the industry’s full potential, she told the seminar.

Phuket tourism resilient in the face of strong baht