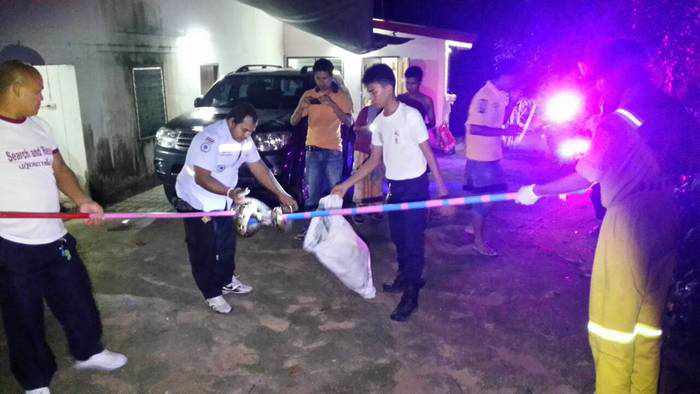 PHUKET: An unlucky resident in northern Phuket suffered deja vu early this morning as he discovered that a two-meter-long python had taken cover from the rain in his chicken coop.

At about 1:30am, Chokdee Inklub heard his chickens crying loudly so he went out to investigate.

“I found a snake in the coop,” said Mr Chokdee.

Rescue workers from the Kusoldharm Foundation and Mai Khao Administration Organization (OrBorTor) arrived at the house in Baan Yid and were able to bag the python in 30 minutes.

In Thai, chok dee means lucky, but Mr Chokdee is anything but when it comes to house-crashing pythons, as he has had three recently try to invade his space.

“This is the third python that has showed up at my house since last October. I think it was just trying to find a dry place and some food,” he said.

In October, Mr Chokdee caught a massive, five-meter python slithering into his house while he was checking his property for leaks after a heavy rain storm (story here).

The most recent reptilian visitor was bagged and later released at an undisclosed jungle location.