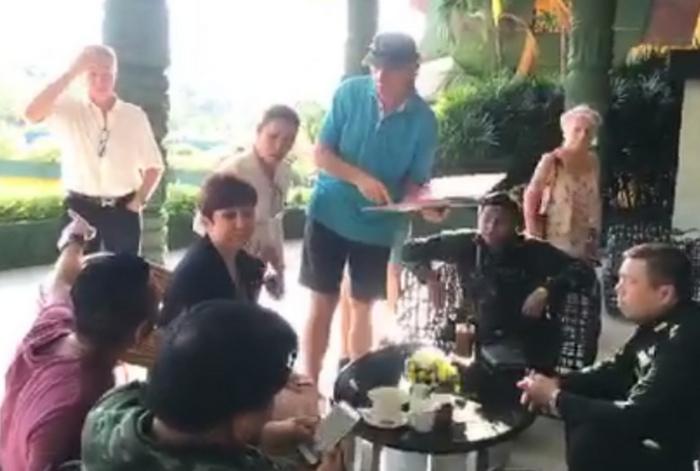 PHUKET: Unhappy foreign tenants will be filing an official letter of complaint with the Department of Special Investigations (DSI) and the Army as they battle a property management company on the island. The move follows the tenants allegedly bringing representatives of the DSI and Army onto the property to ‘resolve’ the dispute with the company.

“If we were to receive a formal letter from either the DSI or the Army, we would fully comply. The man who claimed to be an officer with the Army said that if we failed to agree to turn the electricity back on in the two units, we would be forced to take a trip to the Royal Thai Army’s Region 4 base in Nakhon Sri Thammarat to talk with the commander there,” said a legal representative for The Aspasia Phuket, who declined to be named.

“Since the incident, which we have video of, the issue has been handled by one of Phuket’s vice governors. So, at this point, we are just following all legal procedures. We have yet to be contacted again by any individuals claiming to represent the Army or DSI.”

The legal representative also confirmed with the DSI head office in Bangkok that no such intervention orders had been given.

The dispute, which is now headed outside of the province for resolution, revolves around an alleged lack of transparency with how the management company is spending the tenants’ maintenance fees (story here).

The foreigners, led by Jan Cornelis van Zuilekom, told the Phuket Gazette today that they were preparing to file an official complaint with the Army and the DSI, following the provincial government’s request that they proceed with the case through the normal judicial process.

On March 7, Phuket Vice Governor Prajiad Aksornthammaku told the tenants to allow a court to settle their dispute, instead of expecting the provincial government to do it. However, Vice Gov Prajiad did ask the management company, the Breakers Resort and Development Co Ltd, to at least turn back on the electricity and water while the case was being processed (story here). The company declined to do so, due to the tenants’ breach of the lease agreement.

“We understand that we have to wait for the court. However, we have no electricity. I believe the military can help us with this,” Mr Zuilekom said. “We will submit a letter to the Army tomorrow and the DSI after that.

“We are talking about hundreds of millions of baht involved in this issue. I think the DSI should investigate.”