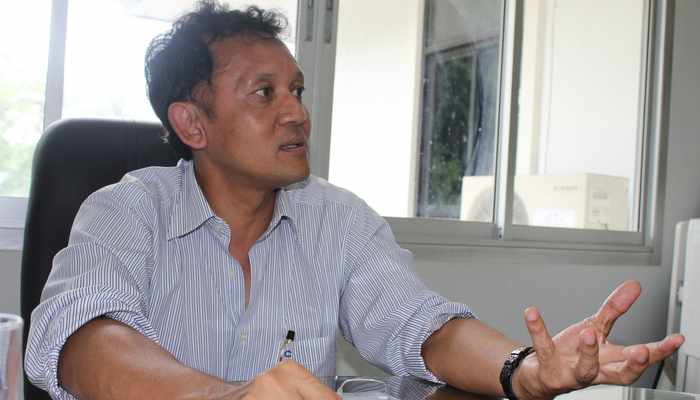 PHUKET: Seaside vendors in Phuket could have their shops torn down and face hefty fines of up to 500,000 baht, several years in jail and payments of 10,000 baht per square meter of land if their establishments are found to be encroaching on the sands.

Phuket Vice Governor Chamroen Tipayapongtada has set his sights on returning Phuket’s beaches to the public and has formed a team of officers to rezone the beachfront in order to combat encroachment, starting with Kamala.

“Phuket beaches belong to the public. We want to clear out at least one-third of the beachfront at Kamala so that it can be used by beach-goers,” he told the Gazette.

“After we rezone the beachfront, areas not reserved for public space can be occupied only by beach chair operators and vendors who have permission from the local government,” he explained.

“Also, only two row of beach chairs will be permitted on the beach at all times.”

Once the zones have been established, vendors who already have permission from officials will be allowed to move their shops to the designated area, said V/Gov Chamroen, but all others vendors will face charges and have their shops torn down.

The first step in the process will be to call villagers together to explain the penalties of land encroachment, the vice governor said.

“After we get Kamala Beach under control, I will set up teams to patrol beaches throughout Phuket once a month to monitor for encroachment and other illegal activities.”

A follow-up meeting is scheduled to be held later this month.

Kalim residents beg police to have mercy on taxi stands