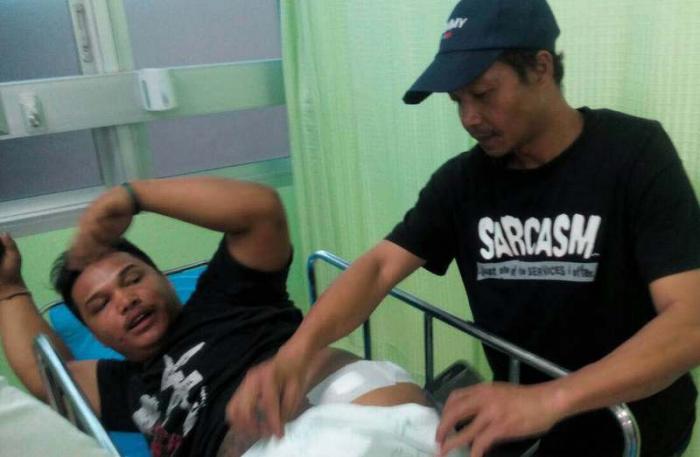 PHUKET: One man was injured in a drive-by shooting in Srisoonthorn yesterday.

“Weerachart Laloy, 20, was shot twice on his left hip at about 6pm,” said Lt Suporn Muangkai of the Thalang Police.

Mr Weerachart was riding pillion behind his friend Nattapong Kerdthai at the time of the attack. Mr Nattapong rushed him to the emergency room at Thalang Hospital.

“Mr Nattapong’s told us that he and three friends were driving on two motorbikes near the Banya-Bangjo intersection in Srisoonthorn when a group of unknown assailants drove up to them and fired three shots before fleeing the scene,” said Lt Suporn.

“Two of the shots fired hit Mr Weerachart. Mr Nattapong and his two other friends were not injured.”

Mr Weerachart is safe and has been transferred to Vachira Phuket Hospital for further treatment, Lt Suporn noted.

Police could not get any further information from Mr Nattapong about what happened.

“It seems that Mr Nattapong is trying to conceal something. We will have to wait until Mr Weerachart is better so we can question him further,” said Lt Suporn.

Tickle your tastebuds at Saphan Hin