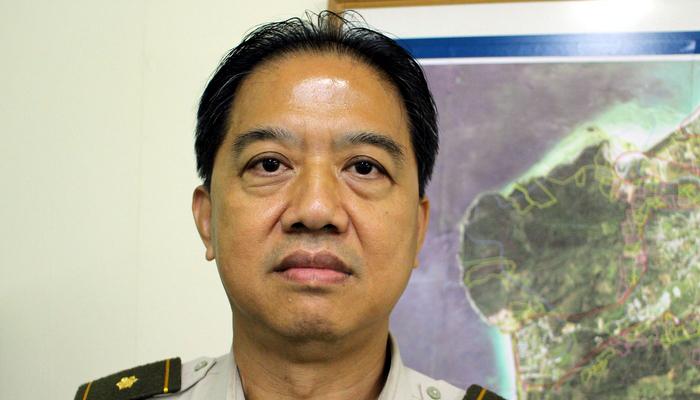 PHUKET: The new chief of Phuket’s Sirinath National Park yesterday vowed to pick up where his predecessor left off in the battle against land encroachment.

“We have some strong officers here who work hard and truly want to return park land to the public. On the other hand, we have officers that do not support our investigations and do not enforce the law, which allows the bad guys to win,” Chief Kitiphat told the Phuket Gazette.

“Our honest officers will focus on getting park land back, and we will act to stamp out corruption within our ranks as we move forward as a team.”

Mr Kitiphat said that he had spent the past three days reviewing documents and reports that his predecessor, Cheewapap Cheewatham, left behind for him.

“Land encroachment is a serious problem for Sirinath National Park. I will start my investigations into this as soon as possible,” he said.

In his final words as Sirinath park chief, Mr Cheewapap called upon his successor to be honest and brave (story here).

“Please trust in me. I will work carefully and fight against all illegal activities. I am not a Phuket native, but I will help Phuket people by preserving the park so that future generations can enjoy it,” he said.

Chief Kitiphat also vowed to help those who want to legally obtain land along the park’s perimeter without encroaching upon it.

“We are available to help anyone who wants to buy land adjoining Sirinath National Park, including land at Layan, Nai Thon and Nai Yang. We can check the boundaries so that people are sure that the land they want does not belong to the park,” he said.

“Please verify the legality of the land and documents with park officers before you buy. You could lose a lot of money if it turns out to be protected park land.”