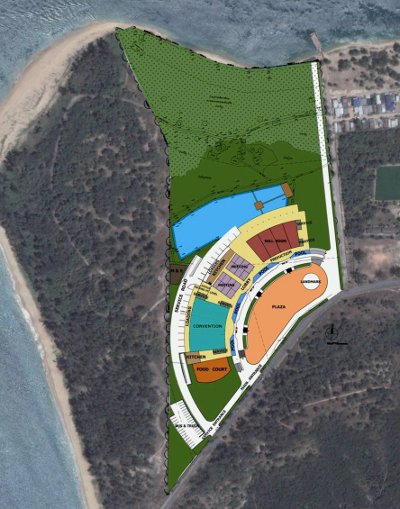 PHUKET: The latest political obstacle to the construction of an international convention and exhibition center on the island is a staggering blow to the Phuket tourism industry.

Over the past five years, the nation’s domestic political infighting has crippled efforts to develop a sustainable plan for tourism in Thailand. As Asia led the world in a post-2008 economic surge, a dynamic shift from foreign to Thai investment in the hotel business has spawned an uncontrolled countrywide surge in the number of new properties being built.

Ranging from the feasible to the illogical, the influx of new tourist accommodations and the long line of new projects yet to be completed are endangering virtually every destination in the country.

Hotel development has made a dangerous transition. In the past, decisions to enter the industry were typically based on sound business criteria. Nowadays, many people pursue the trade as a hobby, secondary line of business or in some cases just to serve as a showcase for friends and family. In many cases, no feasibility study or initial financial projections accompany the investment decision.

As a result, many of the hotels and resorts that are now cropping up are bulk-standard, mid-scale properties that have few distinctive or unique offerings: they lack differentiation.

First-time hotel owners are generally investing in the provision of guest rooms only, with few looking into other demand generators for tourists. New master-planned resorts, with open areas and a wide array of facilities, are increasingly becoming an endangered species.

While the number of guest rooms has multiplied on private-sector investment, there has been little to no effective governmental regulation of this growth through zoning and other controls. Worse still, government infrastructure projects needed to keep pace with the growth are too often focused on bringing in ever-more tourists. This is perhaps the very definition of non-sustainability.

So many rooms, so many tourists, and what is there for them to do? Players in Phuket’s travel industry often complain about the rising number of less-affluent guests, but what would one expect if all that is available is an seemingly unlimited supply of anonymous 32-square-meter rooms?

Airport arrivals in 2011 are expected to top a record four million and total airport passenger throughput will near eight million people. An expansion plan to boost the airport’s capacity to 12.5 million by 2014 is underway.

With the number of hotel rooms growing and the airport expansion project, it is inevitable that more tourists will come. The clear and present danger is that there is no choice but to be thrust further down the dead-end expressway of volume mass tourism. That is, rooms to fill at any price.

But the price that Phuket will pay will be catastrophic.

An international convention center, be it located in Mai Khao, Patong or Phuket Town, would serve as a leading generator to diversify the inbound market and wean it off its growing over-reliance on charter and group tours. Domestic and international MICE business (Meetings, Incentives, Conferences and Exhibitions) are a necessary component of any developed market – be it Singapore, Hong Kong and even resort islands such as Bali.

In the case of the latter, a new conference center is being built at the Nusa Dua destination resort.

Given recent history, it is illogical to expect that the rejection of the Phuket convention center plan, as an isolated government intervention into the island’s tourism future, is part of a changing attitude to get things right. One has to ask whether this is a case of political agendas colliding, or the shape of change with a greater awareness of planning foresight.

While officials wallow in indecision over tunnels, flyovers, convention centers and public transport, leaving Phuket’s future very much a foggy blur, the rest of the world continues to move forward.

The key word here is “sustainability”, and to finally move toward this goal requires diversification.

To punish Phuket by laying waste to a key and necessary infrastructure boost to the island’s tourism economy is a shame. It’s that simple.

For now, Phuket has all rooms in the world, but very few places for people staying in those rooms to go.