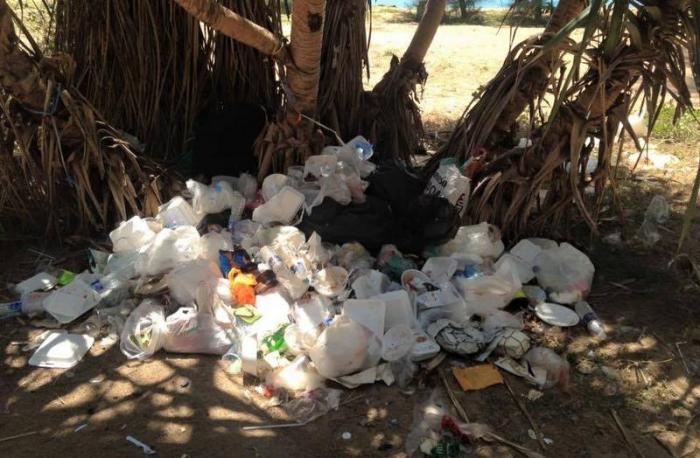 PHUKET: Exasperated officials at Mai Khao Beach are urging the public to help maintain cleanliness in the area, barring which, they say they would be forced to implement a visitors’ fee to contribute toward trash management.

“We are chalking out a plan to collect a fee from the public and use that money to hire staff to collect trash,” Sarawut Sisakukam, Mai Khao Administration Organization (OrBorTor) president, told the Phuket Gazette.

Visitors often come to Mai Khao Beach to take pictures with low airplanes taking off or landing at nearby Phuket International Airport. Pictures of trash at Mai Khao Beach were shared on social media, and passed on to Mai Khao OrBorTor officials by the Phuket Gazette.

“We have already placed rubbish bins at the entrance. Even though there isn’t one on the beach, people should have enough common sense not to litter,” Mr Sarawut said.

“We have yet to erect ‘no littering’ signs, but no matter how much effort we make, people still behave irresponsibly.”

Rubbish trucks are unable to access the area, as the road leading to the beach is too narrow. Currently, maintenance workers have to empty the bins and carry them to the truck, Mr Sarawut explained.

“If visitors do not want to pay the fee, we strongly urge them to properly dispose off their own trash,” Mr Sarawat added.