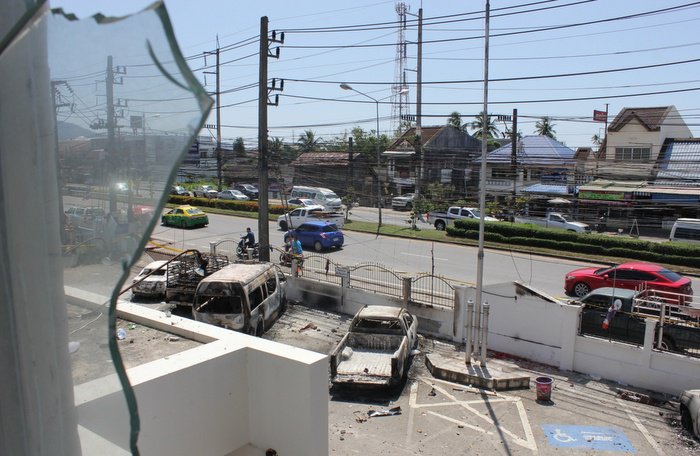 PHUKET: The cause for the two men’s deaths that was the catalyst for the Phuket riot has been confirmed. However, Phuket Vice Governor Chokdee Amornwat will continue his investigation for the Ministry of Interior on whether or not the officers who crashed into the men’s motorbike were using excessive force.

“A doctor has verified that Patomwat Panarak, 22, and Teerapong Srisamut, 17, died from head injuries sustained in the accident,” Vice Gov Chokdee said. “However, we will continue to look into whether or not the officers acted appropriately in their attempt to detain the men.”

Mr Patomwat and Mr Teerapong allegedly refused to be searched at a checkpoint and fled the scene. They were brought to a stop after their motorbike and a police vehicle collided. Both men were killed in the accident.

Police allegedly found 50 pills of ya ba (methamphetamine) and one kilogram of kratom leaves in the young men’s bags (story here).

“The parents have been informed of the results and have accepted that there was no other violence associated with the incident,” V/Gov Chokdee said. “I have 30 days to review all the evidence and submit the case to the Ministry of Interior.”

Phuket bouncers’ conduct to be reviewed after brutal beating