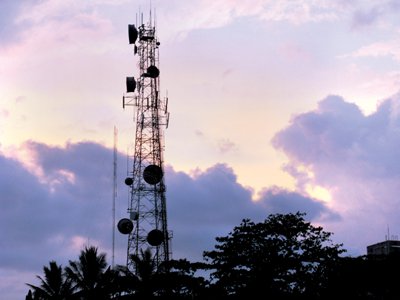 PHUKET: Continuing my series of articles answering questions that I hear most often… the next question is one I expect to hear a thousand times in the next few months. It’s a little complicated, but you’re going to get confused anyway, so let me try to simplify things as best I can.

“Woody, I hear that Thailand is finally going to have a 3G auction. Surely the papers are wrong. We already have 3G all over Phuket. They must be talking about a 4G auction, aren’t they?”

Yet another reason why I hate the term “3G.” As I’ve said many times before, 3G is a nonsense marketing term. A telephone company can string together telephones with extra-long spaghetti and call it 3G. So don’t get hung up on the “3G” part of the discussion. (Even though I’ll have to admit I’ve been using the term a lot lately just because people identify with it. Mea culpa.)

Here’s what’s happening. I’ll leave out the really complicated parts, so forgive me for only presenting part of the story.

Let me preface the historical discussion by drawing an analogy to radio. Originally, radio ran on something called the AM band. Back in the bad old days, anybody could set up a radio station and broadcast on any channel, and stomp all over anybody else who was trying to broadcast on the same channel. Ultimately, governments portioned out frequencies on the AM band, and regulated them, deriving a great deal of income by selling off the frequencies.

Then FM arrived, on a completely different set of frequencies. Governments jumped in and regulated those frequencies too, generally selling off specific frequencies by auction. People who owned AM radios couldn’t hear FM stations, at first. Over time, radios started carrying both AM and FM bands, and you could tune in to any station on either band.

Something similar is happening with wireless internet in Thailand, including Phuket.

A long time ago, Thailand had one telephone company. The government found that a single monopoly wasn’t very competitive, so it created a second telephone company, also owned by the government. That’s how CAT and TOT were born. CAT handled international traffic, and TOT handled most domestic phone concerns, although there was some overlap. The government slowly “privatized” both organizations, although it still owns the lion’s share of both: CAT and TOT are traded on the Thai stock exchange.

The government moved to keep the revenue pouring into CAT and TOT by granting them exclusive rights to run mobile phone networks on something roughly analogous to the AM band: CAT got the frequency (think “radio station”) at 900 MHz; TOT got the frequency/station at 850 MHz. Any company that wanted to offer a mobile phone service had to bang out an agreement with either CAT or TOT and rent time on their frequency. No other frequencies were made available.

That all happened long before the “3G” technologies came on the scene. For years there were lawsuits and court cases and negotiations with CAT, TOT and the government about running the newer technology on the old frequencies. Up until a couple of years ago, the situation was hopelessly mired in political and legal wrangling, and Thailand became one of the very few countries in the world without a “3G” infrastructure.

It’s always been technically possible to run the newer, faster internet technologies on the 850 MHz and 900 MHz frequencies, but in most countries the government opened up a new set of frequencies (think “FM band”) at 2,100 MHz (commonly called 2.1 GHz). That hasn’t yet happened in Thailand.

There’s never been a legal prohibition against running the newer “3G” technology on the 850 MHz and 900 MHz frequencies. It’s just that the original concessions granted by the government to CAT and TOT were drawn up at a time when nobody had even thought of – much less heard of – 3G. Even now, it isn’t at all clear that their concessions include permission to run anything but voice and limited (GPRS/Edge/SMS) data over the 850 MHz and 900 MHz frequencies.

Finally, after years of wrangling, both TOT and CAT broke through the Gordian knot by simply drawing up contracts – with AIS and True, respectively – to allow those companies to run “3G” service over the 850 MHz and 900 MHz networks, using towers and some of the equipment already in place. There were lawsuits and threats of lawsuits, but in the end AIS and a True subsidiary called RealMove (thus the name TrueMove) were granted contracts by TOT and CAT to run “3G” service over the existing network. Later, DTAC managed to wrangle a deal with CAT to do the same.

All of these newer technology networks – AIS, TrueMove, DTAC – are supposedly “experimental” networks, but that’s just a wink-wink-nod-nod arrangement, a bit of fiction designed to ward off even more lawsuits.

Billions of baht are being poured into the CAT and TOT networks right now, and the two partially-government-owned companies are raking in a lot of concession money. That’s only fair, they argue, because “3G” technology is eating and will eat into their profits on both wired and mobile telephones. Anybody who’s used Skype to place a free long distance call on a 3G phone will immediately understand why.

Why the head-long race to get 3G networks built and running? Money, of course. AIS, True, DTAC, CAT and TOT are all acutely aware of the fact that getting a high speed internet network up and running right now will draw customers who will stick around for years to come.

Which brings us to the subject of the “3G” auctions. The government is rumored to be close to setting up auctions to sell concessions for the 2.1 GHz frequencies. They have to juggle a lot of competing groups, each with huge constituencies and obscenely large amounts of money.

Up for grabs: the ability to use frequencies (think “radio stations”) in and around the 2.1 GHz frequency (think “FM band”). The winner(s) of the auction(s) will be in a good position to roll out extensive 3G and 4G (and 5G and 6G?) networks all over the country, without having to rent bandwidth from CAT and/or TOT.

In other words, it will be a license to print money.

The auctions don’t have anything to do with “3G” – however you want to define the term. They have everything to do with running an independent high speed internet network and getting rich doing so.

With Woody hunkered down writing a book, the weekly Computer Clinics are taking a new turn. Until Woody emerges with an 860-page copy of “Windows 8 All-In-One For Dummies” under his arm, around May or June, Seth Bareiss will hold computer sessions every-other Wednesday afternoon, from 1:00 to 3:00. If you have a Windows problem that needs to be solved, drop by one of Seth’s free afternoon sessions at the Sandwich Shoppes. Details in the Phuket Gazette Events Calendar.