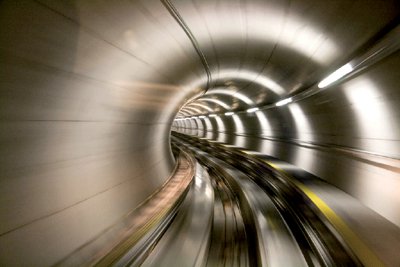 PHUKET: Time for an update on how Phuket’s doing for real world, measured international internet speeds. I’m not talking about the advertised 10 megabits or 100 megabits-per-second lines that only exist in marketing drivel and a few internet service provider’s fantasies. I’m talking about speeds that you and I are measuring, in the wild, right here, every day.

The short headline: we’re doing well, but you can waste a lot of money if you aren’t careful.

The crowdsourced internet speed site, PhuketInternetSpeed.com, is unique in all of Asia, I believe. Hundreds of people all over the island have signed up, and take a minute or so to measure and post their international internet download speeds. We all use the same test, to the same location, so the results are more-or-less replicable. The graph you see on this page is indicative of the 3,000 observations that were posted between November 1, 2011 and February 19, 2012.

I say “indicative” because there are a few gotchas, which I’ll describe below.

First, I downloaded the database. You can download the entire database, too, any time – just click on the link that says Download. There are more than 25,000 recorded observations.

Then, I removed items that were obviously not intended for this analysis – mostly measured download speeds to Bangkok, conducted by people who are using the ISP’s speed test sites and other sites hosted by a company called OOKLA. As I’ve explained before any test you run that uses the OOKLA speed test engine is really just going to Bangkok, even if you think it’s going to London or Oslo or Madrid.

I also took out a fair number of tests conducted from places other than Phuket. It’s interesting to see how people in Bangkok and other upcountry locations are doing with the same internet service providers, but they aren’t included in these figures.

I also removed the “0” posts – ones that indicate the service wasn’t working at the time. We’re still seeing sporadic outages, but most of them are local (for example, a telephone pole gets whacked by a car). The widespread outages involve wireless services, and they’re not common.

Then I tallied up the average download speeds reported for the most popular internet service packages, with one exception. I didn’t include any reports for 3BB. Why? Because 3BB has gone to great pains to make its speed test results in our tests faster than their typical international speeds.

If you look at the data, here’s what you’ll see:

The first two speeds reported are wireless. AIS’s “3G” HSPA system continues to deliver the fastest 3G international download speeds on the island, at about 1,000 Kbps. TrueMove-H shows disappointing results, around 800 Kbps. Why disappointing? The technology TrueMove uses, called HSPA+, is capable of running much faster than AIS’s HSPA. Unfortunately, True isn’t working hard enough (or spending enough money) to open up its international data lines. Yet another case of bigger and better technology getting knee-capped by inadequate infrastructure.

There are two more wireless services offered in Phuket: DTAC HSPA+ and CAT’s new HSPA+. We’ve had very few reported speeds from DTAC and CAT connections, but the few we’ve seen have been very good. Both TrueMove and DTAC use the CAT towers and equipment, so it’s likely that more data points will make DTAC and CAT look more like TrueMove, and less like AIS.

CAT’s old EV-DO wireless system is still kicking at around 600 Kbps (not on the graph). There are lots of old EV-DO customers on the island, but you can’t buy it any more. CAT’s much more interested in selling you a new 3G+ account.

The next two speeds are new to my published reports. Island Technology’s reputation for reliability is quite good though their international download speeds, averaging 900 Kbps, aren’t anything to write home about. Rawai Cable, at 400 Kbps, is the slowest land line in this report. We don’t have enough data from Patong’s PA Cable to draw a comparison, but I believe both use CAT as their internet supplier.

The TOT numbers reinforce what I recently wrote about TOT’s apparent throttling of all of its international data lines at the same speed. That Live Wire column explained why it isn’t worth paying extra for expensive TOT fiber optic lines if you’re using the internet primarily for international access. In fact, TOT still seems to be throttling all of its lines at the same speed.

More than any other ISP, TOT has come up with a plethora of packages, promotions and prices. At this moment, as best I can tell, they don’t offer a 4 Mbps or 8 Mbps or 10 Mbps package – all of which have been discontinued – but they do offer 6, 7, 9, 12, and 15 Mbps packages. Apparently consumers are being switched from one package to the next without being notified.

In our island-wide tests, there’s very little difference among the TOT ADSL packages: all of them deliver about 1,200 Mbps on international downloads. The wireless/wired AirMax Winet package is doing quite well, at 1,400 Kbps, if you’re trying to get a connection inside the areas where it’s available.

TOT is now advertising a High Speed 2 package rated at 7 Mbps for 390 baht per month. Our speed tests show it’s running about 800 Kbps, which isn’t bad at all for the price. Of course, if the package proves popular, TOT may start throttling the cheapie package. But if they’re throttling all of the other packages at the same rate, maybe they’ll just let the 7 Mbps package get swept up by the same broom.

The biggest disappointment continues to be TOT’s Fiber Optic line. Back in May, we were seeing download speeds in the 10,000 and above range. Now it’s down to 1,200 Kbps average international download, and there’s very little difference between the 10Mbps/1Mbps package (at 1,490 baht per month), the 20 Mbps/2Mbps package (at 2,420 baht per month), and the “Corporate” versions of both of those packages ( 5,290 baht and up). It’s worth emphasizing that the speeds to Bangkok are very fast, from what I’ve seen. But if most of your work is with international sites, there’s very little difference between a 2,420 baht Fiber 2U line and a 390 baht one.

True’s 10 Mbps ADSL line continues to offer good speeds, 1,500 Kbps on average, at a decent price. True’s Ultra DOCSIS – the service that’s delivered over coax cables, like TV, is holding its own at about 1,200 Kbps, but it isn’t available everywhere.

If you aren’t yet reporting your internet speeds, join us! The only way we can all keep tabs on the internet situation in Phuket is if everybody – yes, even those of you with 390 baht/month lines – take a few minutes every day to check and post your speed. It’s easy. Sign up at PhuketInternetSpeed.com, and if you have any questions, email me at Woody@KhunWoody.com.