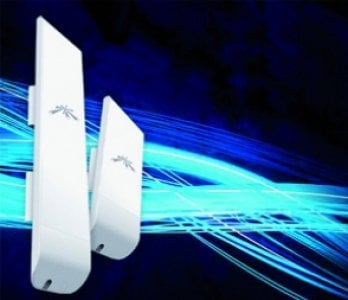 PHUKET: There’s important breaking news on the internet scene in Phuket: TOT is now offering something they call “WiFi”. The first, most important thing to understand is that this isn’t the kind of WiFi you know. It’s completely different.

TOT has taken confusing terminology to new lows. The “WiFi” TOT is selling has nothing to do with the WiFi you probably have on your laptop, or on your phone or tablet. It’s a different technology, invented by a company called Ubiquiti Networks, that relies on a box nailed to the side of your house or office. Ubiquiti calls the technology AirMax on their website ubnt.com, and that’s the term I’ll use.

Here’s how it works. TOT puts AirMax transmitters on its mobile phone towers. The transmitters broadcast a signal that can be picked up from a long distance by a very sensitive box called the Ubiquiti NanoStation M5.

Although the transmission is line-of-sight – meaning you need to be able to see the antenna, more or less, in order to get a signal – these systems are tuned to produce remarkable reception, using something called a 2X2 MIMO antenna array. In Phuket right now we have AirMax connections extending up to 2 kilometers, and they’ll certainly go much further; Ubiquiti claims their systems can transmit up to 50 km.

So, TOT puts a NanoStation M5 box on the side of your house, tunes it to receive the signal from the tower, then runs a heavy-duty Ethernet cable into your house. That Ethernet cable connects to a box that functions as your router.

You can plug a computer into the router and connect via Ethernet, or you can connect a wireless access point box to it – thus producing a genuine, old-fashioned WiFi signal inside your home.

TOT likes the AirMax system because it doesn’t have to run landline wires down the road. The towers are already built, and they’re connected to the main internet lines on the island. Once a tower has an AirMax base station, all of the houses in a 2 or 3 km line-of-sight radius are potential customers. Cheap and easy.

The technical details are fascinating as you can see on the Ubiquiti web site, but the thing I found most surprising is that the AirMax runs at 5 GHz.

If you recall the ongoing fights in Thailand over the 850 MHz, 900 MHz and 2.1 GHz frequencies – well, the AirMax doesn’t use any of them.

As far as I know, the 5 GHz band isn’t regulated in Thailand, which may be a primary reason why TOT chose it.

Leons, in Kathu, has started reporting the speeds for his TOT AirMax “WiFi” service, and they’re breathtaking. He’s consistently getting 5 Mbps international download speeds, which is considerably faster than almost all of the wired connections on the island.

Of course, there aren’t many AirMax customers at the moment, and those speeds won’t last forever. But for now they show that TOT has opened up a fast international connection for its AirMax customers: definitely a good sign.

If you aren’t yet reporting your speeds on PhuketInternetSpeed.com, please drop by and sign up! We need your help. It’s free, it only takes a few seconds, and the results help everyone figure out what’s working and what’s not worth the effort. Remember that all of the data – more than 21,000 reported speeds at this point – is immediately available to anyone who wants to view, download, or fiddle with the results. Also remember that the Internet Service Providers are watching the reports.