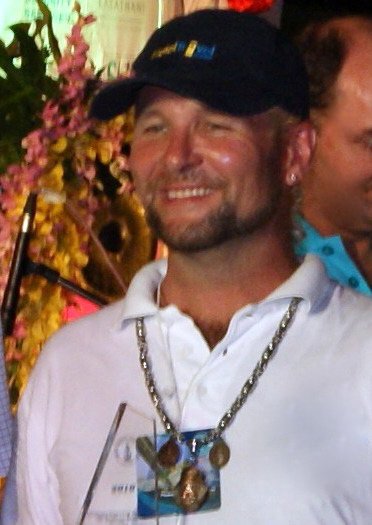 PHUKET: The crew of Pytheas Aura, a 14-meter cutter racing in the King’s Cup Regatta, woke this morning to find fellow crewman, Canadian Joseph James Patrick, 42, dead on his bunk.

Police believed he died of a heart attack.

Mr Patrick had lived on Phuket for several years, staying in the Kata area, a friend told the Gazette.

He apparently had worked in the oil industry in Alaska and had worked as a part-time actor.

“He was always helpful, always ready to lend a hand,” he added.

As part of the crew, Mr Patrick collected a King’s Cup daily prize at the regatta party last night.

Mr Patrick returned to the boat, anchored in Kata Bay as part of the regatta fleet, to ensure it did not drift in the middle of the night, as has happened with some boats in previous years.