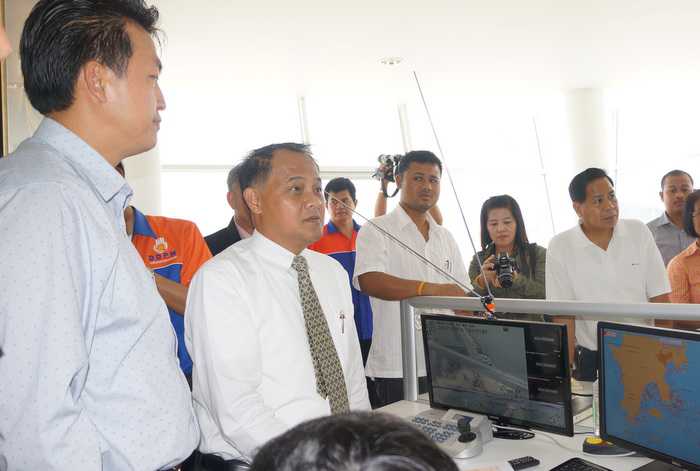 PHUKET: Governor Nisit Jansomwong called on the Phuket Marine Office yesterday to require all vessels, including speedboats and fishing trawlers, to be equipped with an Automatic Identification System (AIS) receiver.

The use of an AIS receiver is standard safety policy in many places around the world, as they inform skippers of small craft of the location, direction and speed of larger vessels that are restricted in their ability to maneuver.

“I like the idea of AIS being installed on all boats, especially if Phuket is to be known as a world-class boating destination,” Gov Nisit said.

“If possible, I would like to see local tour boats and fishing boats using the system as well. At least, this way, we can know immediately about any accidents and who was at fault.”

Mr Phuriphat later clarified that all foreign-registered craft – including small, recreational yachts – would be required to carry an AIS transceiver, as is required of larger vessels (story here).

“This is being done for safety reasons,” Mr Phuripat said.

Mr Phuripat explained at the time that he would sign into effect the same order for all Thai boats registered to carry 25 or more passengers “as soon as possible”. However, Thai vessels have yet to be ordered to carry AIS devices.