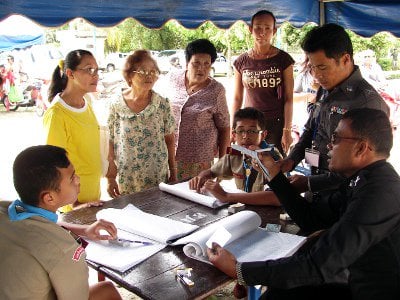 PHUKET: Residents in Cherng Talay today cast their ballots to put a new mayor and six council members into office.

He has served as Cherng Talay mayor since July 1999.

His only opponent is 51-year-old Somsak Sophanon, who served as a Cherng Talay Municipality Council member during Mr Suniran’s second term, between 2003 and 2007.

All polling stations closed at 3pm.

“There have been no reports of illegal activities. We should know who the winner is by tonight,” said Kitipong Thiengkunakrit, Director of the Phuket Election Commission.

“If no complaints are filed against the result, I will send the election results to the Election Commission of Thailand in Bangkok tomorrow for approval.

“The new mayor should be able to start his term within 30 days,” he added.

Director Kitipong reminded residents and visitors in the area that under election law the sale of alcohol in the area is prohibited until midnight tonight.

F1 back in Bahrain