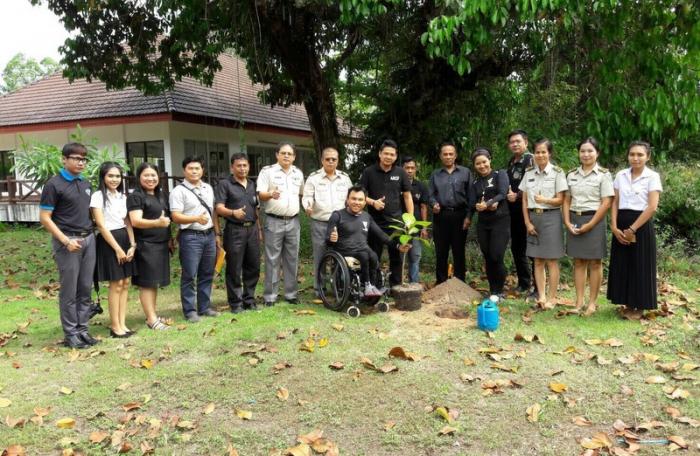 PHUKET: A Thai paralympic athlete stopped by Phuket on Wednesday as part of his mission to travel more than 10,000 kilometers over 74 provinces in his wheelchair in honor of the late Monarch, His Majesty King Bhumibol Adulyadej.

Phuyin Khumnaan, 41, scored a silver medal at the Asian Boat Race in China this year, along with his girlfriend ‘AJ’.

He was received in Phuket at Sirinath National Park by Phongchart Churhom, head of Nature and Wildlife Education Center, Khao Phra Thaew, where he planted two saplings to honor His Majesty.

Mr Phuyin, who started his journey in Bangkok on September 22, has received tremendous support and admiration from people along the way.

After departing Phuket, he moved on to Phang Nga and then Songkhla. He aims to complete his journey back to Bangkok next month.