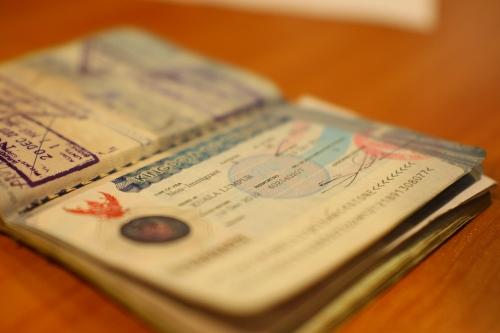 PHUKET: The Department of Consular Affairs head office in Bangkok, which coordinates policy for issuing visas at all Royal Thai Embassies around the world, has confirmed to the Phuket Gazette that there has been no formal change in policy concerning non-immigrant Business (“B”) visas issued in Malaysia.

“The Royal Thai Embassy in Kuala Lumpur is still issuing multiple-entry, non-imm B visas as usual. However, they will be more strict on issuing such visas,” Naphaphatch Piromkit at the Ministry of Foreign Affairs headquarters told the Gazette.

“There are several factors for which foreigners’ applications for a multiple-entry non-imm B visa will be rejected. Nationals from a ‘risk group of nations’ will be required to return to their homeland to apply for the visa,” she explained.

However, Ms Naphaphatch declined to identify precisely which countries were among the “risk group of nations”.

“Officers will check visa applications case by case, as per normal. Also, as usual, if the applicant is marked on any official [Thai government] lists as not appropriate for entering the country, the applicant will be denied a visa,” she said.

“Some foreigners keep returning to apply for non-imm B visas, but then do not engage in business or take up employment after they enter Thailand. These people are likely to be denied a non-imm B visa,” Ms Naphaphatch explained.

“Thailand is now opening up to more foreigners, which is causing more problems. We must now be very strict,” she added.

Officials at the Royal Thai Embassy in Kuala Lumpur declined to answer any questions about the issue, saying that only Somphong Kangthong, Minister Counselor at the embassy, could legitimately respond to formal questions.

However, Mr Somphong was in Bangkok at a meeting, embassy staff told the Gazette.

Meanwhile, any stricter enforcement of the visa application rules seem to have had little to no effect at the Royal Thai Consulate in Penang.

Staff at the Banana Guesthouse on Chulia Street in George Town report no change at all in the rules and no indication that any changes would be forthcoming. The hotel is renowned among Phuket expats for assisting in filing visa applications at the Thai consulate n Penang.

“We filed more than 100 applications for non-imm B visas today [December 17], and the Penang Thai Consulate has not informed us of any changes,” one staffer told the Gazette yesterday.

However, foreigners making visa runs to Penang have informed the Gazette repeatedly over past few months that a “letter from the Phuket Labor Office” must now accompany non-imm B applications.

International Sports: Aussies snatch victory from jaws of a draw