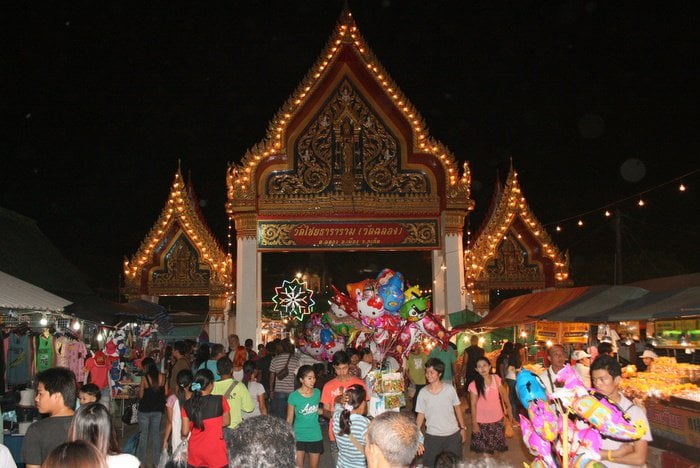 PHUKET: It’s that time of year again. Phuket’s biggest annual temple fair, held at Wat Chalong, will kick off on Monday to offer one week of local fare and entertainment.

“There will be plenty of food vendors, sideshow rides, games and stalls set up at the fair. Everyone is more than welcome to come enjoy,” said Chaiwat Chatchawet, a Wat Chalong temple supervisor.

“Musical artists such as Mike Piromporn and Ekachai Srivichai, and artists from R-Siam will be performing during the week-long event. There will also be the ever-popular Southern Thai nang talung [shadow puppet] shows each night starting at 7pm, as well as traditional southern manoh-ra dance performances.”

The fair will start with a consecration ceremony led by Luang Poh Cham, a revered monk in Phuket.

“This is a very special event for both Thai and foreign Buddhists. The ceremony will begin at 2:09pm,” Mr Chaiwat said.

The nightly entertainment at the fair is as follows: