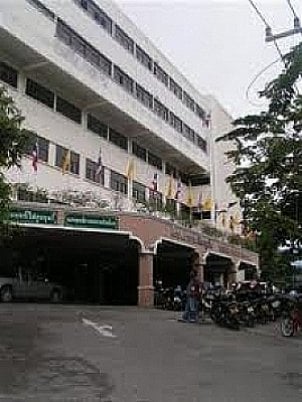 PHUKET: A young Cambodian man who was shot in the chest and claims to have been tossed into the ocean afterwards, is being treated at Vachira Phuket Hospital.

Doctors are unable to identify him or contact family members due to a language barrier.

A source visiting the hospital yesterday told the Phuket Gazette that the the man was a 23-year-old fisherman, and was shot aboard a fishing trawler before being thrown into the sea, where he was left to die.

However, staff at the hospital have been unable to confirm the story.

Methavee Maneesri, who works in the hospital’s international division, looked into the man’s case at the Gazette’s request.

All that is known about the man is that he is 23 years old and has a bullet lodged in his chest, she said.

“We think he was shot by someone he knew during a drinking session,” Ms Maneesri said.

We are duty-bound to treat critically-ill people in all four groups, she said, addressing the concern that the man had been denied treatment due to his lack of identification or inability to pay.

We gave the man a CT scan to pinpoint the location of the bullet in his lungs and drained blood from his pleural cavity because he was suffering from hemothorax, she said.

The treatment was effective and he is now able to breathe and eat on his own, but he has trouble speaking and none of the staff at the hospital understand Khmer, she explained

As for who shot the man and other details leading up to his arrival at the hospital, she said that was a matter for the police.

“We get cases like this every day here,” she said.

Now that the man has been treated, staff at the hospital hope family members or friends will arrive to assist him.

As for further surgery to remove the bullet still lodged in his lung, she said doctors had yet to make a decision.

Sometimes such operations are too risky, so it is safer just to let the bullet remain in place and hope the wound heals around it, said Ms Methawee.