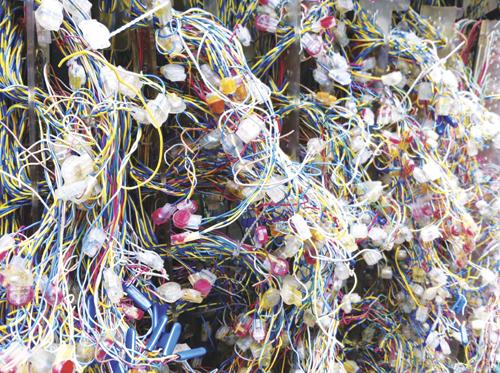 PHUKET: People frequently ask me, what’s the best internet connection in Phuket? The short answer is… there’s no way to know for sure. Much depends on your exact location, and luck.

Over the years I have run a free speed reporting site, PhuketInternetSpeed.com, which is an attempt at quantifying the real-world internet international download speeds here in Phuket.

For quite some time, we had pretty good luck nailing down which providers were the fastest, which had intermittent problems, and which just weren’t in the running. With 30,000 individually reported measurements, running through the data divulged some worthwhile results.

The most recent problem started when TOT and 3BB found a way to skew our tests: we were all using a specific test to a location in Los Angeles. First TOT, and later 3BB, found ways to boost the results on that test, without noticeably improving their general service levels. We’ve tried to bob around a bit, testing to a different location, and using different tests, but the results have been spotty.

Almost all internet speed–testing sites measure how long it takes to download one file over one connection from a webserver to your PC. Depending on where and how you download most files, that might be an accurate reflection of how well your internet connection is working for you. Or maybe not.

For example, all major browsers have download accelerators built in. (Free, third-party accelerators are also available as browser add-ons.) Accelerators typically download files over two or more connections — often without telling you that you’re using multiple simultaneous download threads. That makes it impossible to predict whether an accelerator is delivering a faster download over a given internet connection — and how much faster that delivery might be.

Torrents take multiple data streams as an article of faith. So your typical internet speed test probably won’t provide an accurate measure of torrent download speeds, which can depend on mostly uncontrollable factors such as the number of sites (or seeds) offering the file for download and the speeds of those seeding sites. More than that, downloading torrents in Thailand has the added unpredictability of the location of the seeds: if the file’s being offered inside Thailand, it’ll go faster than a file outside of Thailand.

All of the Internet Service Providers (ISPs) in Phuket serve up popular webpages more quickly by caching pages on their local servers.

If, say, 1,000 Internet users in Phuket are watching a Formula 1 race in Monte Carlo, the ISP doesn’t have to move 1,000 identical sets of bits from Monte Carlo to Phuket.

Instead, one stream of bits flows from the Monte Carlo race to Bangkok, and 1,000 streams flow to Phuket.

That saves the ISP money by reducing the international bandwidth they need to provide.

It also speeds things up for us customers. The caching takes place in the blink of an eye.

Caching is great for many reasons, but if you’re trying to measure your typical Internet speed, it can gum up the results. Some internet speed tests check for something called latency or ping time: it’s the time necessary to move one packet of data from your computer, to the destination and back. When a latency/ping test comes in faster than the speed of light, either there’s something fishy going on or your ISP has learned how to exploit a wormhole.

Here’s an example. Light travels at 186,000 miles per second, but in typical fiber it’s closer to 130,000 miles per second. The distance from Phuket to Los Angeles is about 8,300 miles. Real internet connections never travel as fast as the speed of light – there are switches and all sorts of intermediate disruptions. But the very fastest “ping” from Phuket to Los Angeles should take at least (2 * 8,300)/130,000 = 0.128 seconds, or 128 milliseconds.

If you’re near a computer, try running the speed test at speedtest.net. I just got a ping run of 62 msec. Although the people at OOKLA, who run the speedtest.net site, assure me that their test can’t be cached, at least that part of the test is being cached. Either that, or True has figured out how to move bits faster than the speed of light. The speedtest site says my download speed is about 9 Megabits per second, which is quite respectable for a 10 Mbps True ADSL line.

By contrast, the DSLReports speed test reports my ping to the Los Angeles server at 248 msec – a thoroughly credible number. But DSLReports says my downloads run about 1.6 to 1.8 Mbps, or one-fifth as fast as OOKLA reports.

Here’s the clincher. If I run a full-out download, with multiple streams of data to a very, very fast server in the US, I can hit just about 9 Mbps.

It gets worse. When I use MLab’s Network Diagnostic Tool, I get 7.3 Mbps.

When I run the Visualware test, I get 1.9 Mbps.

I struggled with that question when I was writing my latest Top Story for Windows Secrets Newsletter and I didn’t come up with a definitive answer. Each of the sites produces different results. Remarkably, they’re all replicable: I get just about the same speeds regardless of which computer I use, what operating system, which browser. The main variation I see is from day to day, and hour to hour.

A friend of mine has been watching his download speeds, too, very carefully. He’s discovered that his downloads peak every night about midnight: at 11:59 pm, he’s getting 2 or 3 Mbps, or even less, then at 12:01 am, he’s up to 9 or 10 Mbps. And that happens every night, like clockwork.

Next week I’ll tell you how the US government is handling dichotomies like this one – yes, the Feds see the same sort of speed differences that we see here in Phuket, although that midnight spike is unique as far as I can tell. Next week I’ll also step you through a few methods for trying to track down what’s happening to your line.

But the original question – which internet service is best – remains unsolved, and I don’t have a good way of making measurements that can be replicated across the island. (In the best of all possible worlds, the testing method would be something that regular everyday internet customers could perform.) If you have an idea, or a testing method that isn’t well known, I’d sure like to hear from you! Shoot me email.