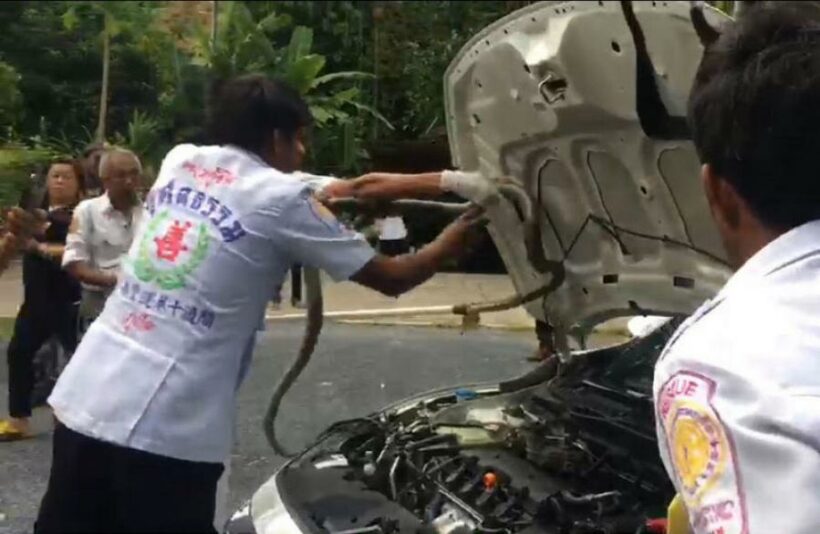 PHUKET: A king cobra was captured after it was found underneath the hood of a car parked at the ‘Nature and Wildlife Education Center’ at Khao Phra Thaew yesterday.

The cobra was just over two meters long and weighed about 3kgs. It was released into a jungle near the center.

Kusoldharm Foundation rescue workers arrived at the scene after locals in the area reported that the creature had crawled under a car in the parking lot.

“We lifted the hood to find the cobra inside and used a stick to poke it so it would raise its head. We then used a loop to hook the cobra and bring it out from under the hood. The operation took about 15 minutes,” said Virach Rodpan, president of the foundation’s Muang Mai office.

“When I got to my car, I found the snake crawling in front of it. Once I got closer, the snake quickly disappeared underneath. I have no idea how it ended up inside the hood, but I immediately called for help,” said the car’s owner.

Given that the creature was captured close to lottery day, locals noted the license plate number to purchase lottery tickets.