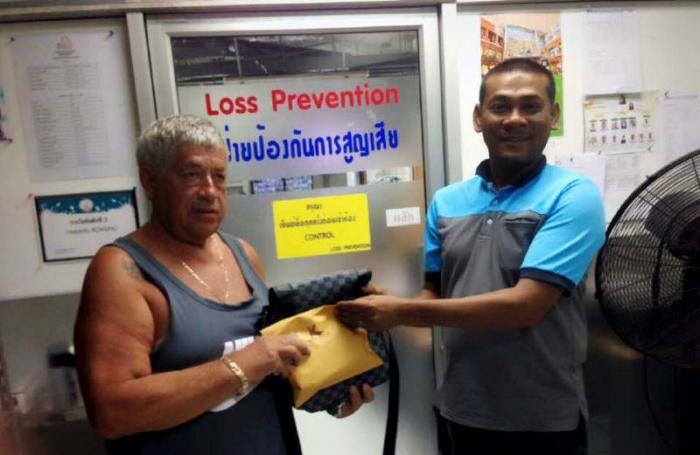 PHUKET: A forgetful tourist in Patong was lucky to have a big wad of cash returned to him on Monday after leaving an envelope containing 350,000 baht at the Jungceylon shopping center.

The abandoned cash was found by Madae Mateha, a security guard working at the mall.

The owner of the money wished to remain anonymous, but was overjoyed at being reunited with his cash when he returned to the mall in search of the lost envelope.