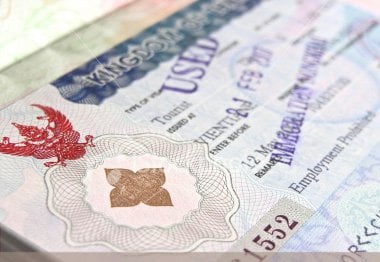 PHUKET CITY: The future of honorary Thai consulates around the world is in doubt following the Thai government’s move to waive tourist visa fees until March 2010.

The Thailand Ministry of Foreign Affairs yesterday announced that as of today all foreigners applying for single-entry tourist visas at Thai embassies, consulates and honorary consulates will be exempt from fees.

Yet some honorary Thai consulates fear the move will cost them millions of baht in lost visa revenue and could result in their closure.

Alan Taylor, Honorary Thai Consul in Hull, UK, said unlike embassies and consulates, the 450 honorary consulates worldwide relied on the money they bring in selling visas.

“We won’t be closing but some will certainly be closing their doors,” he said.

The Ministry of Foreign Affairs in Bangkok today told the Gazette that the Thai government would reimburse any lost income.

This was news to Mr Taylor.

“We’ve had no contact whatsoever,” he said. “No money has been offered and we’ve been told nothing.”

Earlier this year visa fees were waived between March 5 and June 4.

Both Mr Dunn and Mr Taylor said they saw no money from the Thai government for lost income during this period.

Mr Dunn had doubts his office would be reimbursed.

“They have talked about it but they won’t do it,” he said. “For a start I don’t think the money situation’s too good.”

Mr Taylor said the Hull office would have to look at ways of mitigating a “huge drop in visa income”.

“Numbers of applicants are unlikely to drop. If anything they will increase dramatically because people will get something for nothing,” he said.

Writing on the ThaiVisa.com web forum, a spokesperson for the Honorary Thai Consulate in Calgary, Canada, said, “This decision, as well as the previous decision waiving tourist visa fees for 90 days, has been a great disappointment to us here in Calgary. It seems as if Thailand is attempting to get rid of all honorary consulates around the world, no matter how helpful and successful they have been…”

“This is a very sad blow to all honorary consulates,” the spokesperson said.