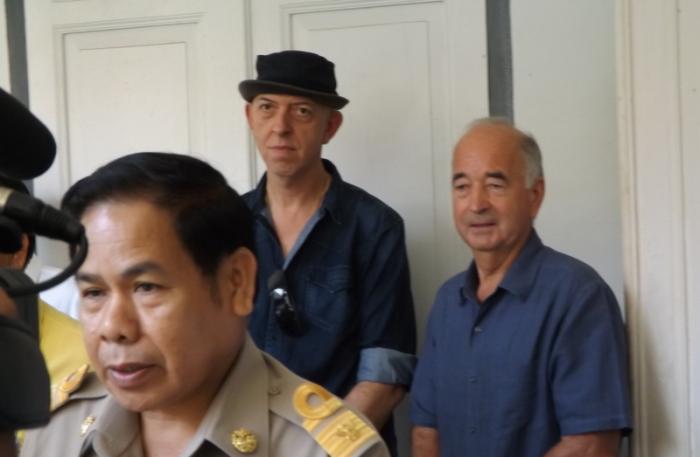 PHUKET: A group of tenants living at The Aspasia Phuket, who were hoping to have issues about the property’s management ironed out by the governor, have been told to go to court to settle their disputes.

The group of ten expat tenants led by Dutch national Jan Cornelis van Zuilekom were told by Vice Governor Prajiad Aksornthammakul yesterday that they would have to go through standard legal channels to address their complaints over conditions related to their leasehold contracts.

The contingent had met with Phuket Govenor Chamroen Tipayapongtida on Friday, asking him to mediate their dispute, which resulted in two of the tenants in the group having the water and electricity shut off at their rooms (story here).

After Governor Chamroen met with Aspasia Phuket representatives to hear their side of the story, it became clear that the dispute was a matter between private individuals – the lease holders and the management team, explained Vice Governor Prajiad.

“We want to help mediate as much as we can, but ultimately the court must decide. It is the fairest solution,” said V/Gov Prajiad.

Mr Zuilekom agreed to wait for a response from Aspasia’s legal advisers. He also expressed confidence in the legal process.

“We bought the place for 90 years – there is a lot of money involved,” said Mr Zuilekom. “We just want to live there in peace and have transparent management.”