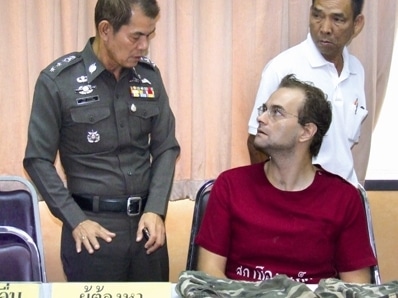 Phuket City Police Superintendent Wanchai Ekpornpit told the Gazette this morning that several people offered tips to the police and photos of people they suspected might be responsible, but that none of those led to the arrest of Mr Fanelli.

“The investigators assigned to the case will share the reward since it was their own detective work that led to the arrest,” he said.

There were no signs of illegal drug use at the home in Wichit where he killed the victim, he added.