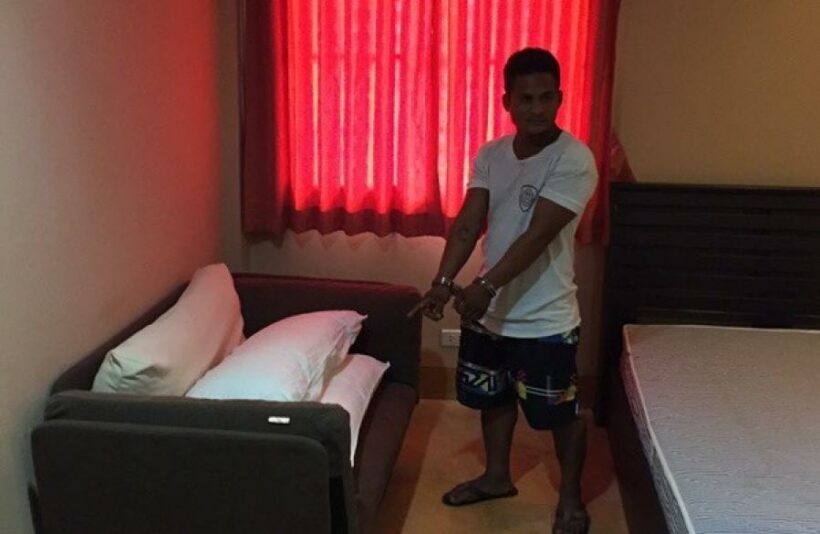 PHUKET: An ex-security guard at a hotel in Pa Khlok was arrested and charged for assault as well as theft and possession of an illegal firearm and drugs, on Tuesday after he beat up a hotel staff member and robbed her last week.

Thalang Police apprehended the suspect, Panya Jara, 28, at his rental house in Pa Khlok where they confiscated an Iphone, Ipad, two ATM cards, hotel keys, the illicit drug krathom and a firearm.

Police have withheld the name of the hotel where the victim, Chinese national Poon Yi Ting, was working as an intern.

Ms Ting told police that she was sleeping in the staff dormitory when Mr Panya made his way in and attempted to steal her possessions.

She woke up and tried to stop him, so he assaulted her and made off with her belongings, including a cellphone, a laptop and cash (1,600 Hong Kong dollars and 200 baht). Only the cellphone was recovered at the suspect’s house.

“Mr Panya used to work as a security guard at the hotel and therefore knew his way around the premises quite well,” Gen Teerapol noted.

Four injured as speeding car ploughs through motorists in Phuket