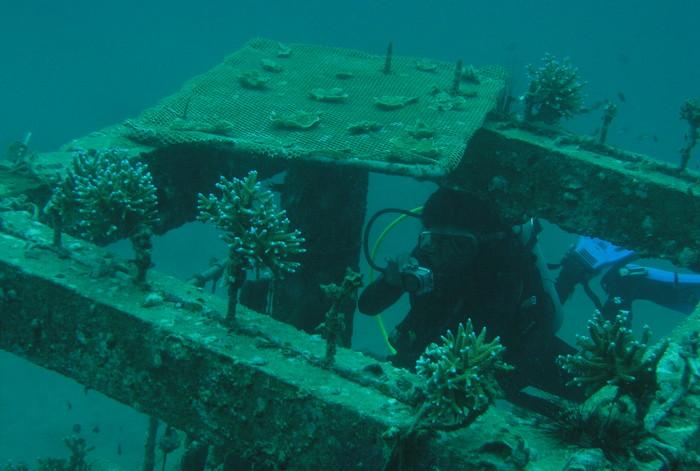 PHUKET: Diving in the Phi Phi archipelago has been limited to three dive sites following an incident on Wednesday when a speedboat seriously injured two Russian divers.

“We will be strictly enforcing the rule that allows diving only at Loh Samah Bay, Bida Nai and Bida Nok,” said Boonnam Chuyradom, assistant chief of Hat Noppharat Thara – Mu Ko Phi Phi National Park. “All dive companies are aware of this. However, they regularly disobey the rules and dive anywhere they want.”

Those found diving outside of these areas face a fine of up to 1,000 baht, said Mr Boonnam.

Mr Boonnam pointed out that the accident occurred in an area where diving was not permitted.

According to witnesses on the dive boat, Russian nationals Sergei Dmitriev, 30, and Dmitry Kurynov, 48, had surfaced with a surface-marker buoy about 10 meters away from the rock wall of a well-known dive spot on Phi Phi Leh. While at the surface, they were hit by the speedboat, it’s propeller slicing though one of the divers’ legs and seriously injuring the other (story here).

Members of the diving industry met with officials yesterday to discuss what could be done to better regulate diving in the area and ensure diver safety.

“The dive companies have requested that we open up 16 additional dive locations. They explained that they would support the move by placing buoys and signs to protect divers from speedboats,” said Mr Boonnam.

“We have taken their suggestion on board and will submit the proposal to the National Parks, Wildlife and Plant Conservation Department.”

However, Mr Boonnam went on to allege that many dive companies not only took customers to unregulated areas, but also supported diving in the park without the necessary permission.

“There are only 21 boats that have secured permission from us before diving in the park. However, I think there are more boats diving illegally out there,” he said.