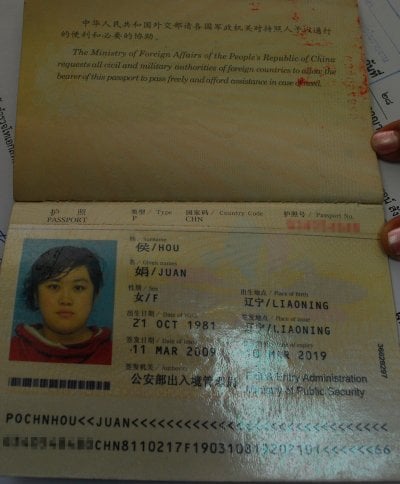 PHUKET: Police are continuing their investigation into the death of a 30-year-old Chinese tourist who was found dead in her Phuket Town hotel room yesterday afternoon.

Miss Hou Juan’s body was discovered by a maid at the small hotel on Patipat Road near Suan Luang Park.

The maid had entered the room after Miss Hou failed to check out at 1pm, a receptionist at the hotel told the Phuket Gazette.

Miss Hou was found lying face down on her bed with streaks of dried blood emanating from her nose and mouth, the receptionist added.

Lt Col Ekkasit Pinkaew of Phuket City Police said they found one strip of pills, a bottle of medicine and a laptop computer in the room.

The items were collected as evidence, he added.

“We found no wounds or bruises on her body and no signs of a struggle in the room. We believe she died about five hours before her body was found,” said Lt Col Ekkasit.

Miss Hou checked in at the hotel about 2pm on Wednesday and was scheduled to check out at 1pm yesterday, he said.

“As we have been unable to determine the cause of death, we will send her body to Surat Thani for an autopsy.

“At this stage, I suspect she may have committed suicide, but we need to question her relatives first in order to determine if she had any motive for doing so,” Lt Col Ekkasit said.

Officials at the Chinese Embassy in Bangkok have been notified of the incident, he added.

Phuket All Stars and Singapore CC open the ACG on Saturday