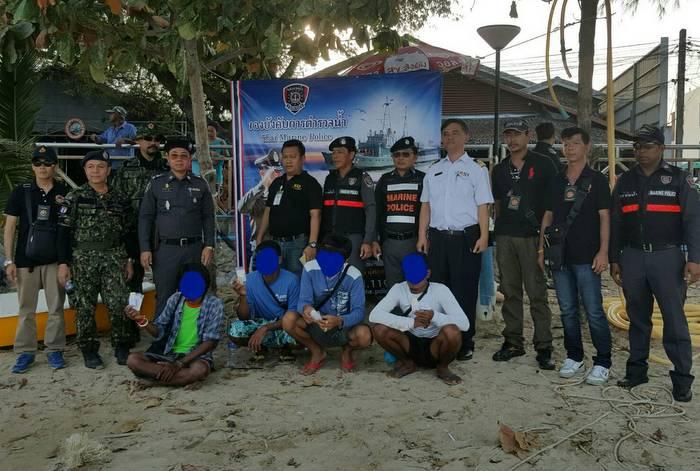 “Four crew members tested positive for drug use. They were transferred to Chalong Police Station for legal processing but we are awaiting urine test results before pressing any charges.”

Col Panya said that they will continue to conduct vigilant safety checks during the holidays.

“We regularly administer drug tests on tour boat crew members, as it is our responsibility to enforce safety regulations. However, a lot more people are expected to come to the island during the long holidays, which is why we have to coordinate efforts with other departments,” he said .

Officers are also ensuring that tour operators do not overload their boats, that they have enough life jackets for all on board and that the boats are regularly serviced.

Phuket governor tells motorists to ‘play it safe for Songkran’