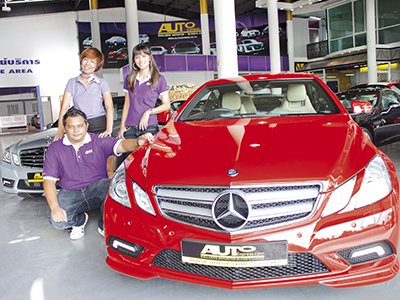 PHUKET: The 29 winners of Phuket’s 2011 ‘Best of Phuket’ Awards in the Business, Service, Environment and Restaurant categories have been announced and go on line today.

The winners (4) in the ‘Person of the Year’ category were announced in the Gazette Online on Sunday. They won for their hard work and success over many years with the iconic Phuket King’s Cup Regatta. See story here.

The Person of the Year Award goes to that person (or group of persons) who in the opinion of Phuket Gazette editors stood out exceptionally for good deeds, including, particularly, activation of people to work together for a better Phuket.

The winners in the Business, Service, Environment and Restaurant categories are all determined on the basis of direct reader recommendations and feedback, garnered throughout the year and appraised at year end by our editors.

There were five Service accolades for individuals in the hospitality industry, and a policeman, Sgt Major Hatthaporn, was cited for public service as the result of his bravery in a gun battle with two robbers wanted for earlier crimes.

The Environment awards went to the Marina Phuket and Evason resorts.

In the Restaurant category, were there were 17 honors.

Mom Tri’s Kitchen, Silk at Andara, and Kabuki at the JW Marriott led in the Luxury class. They were followed by the Wine Connection Deli & Bistro at Central; Kan Eang at Pier; Lim’s; and La Gaetana in the Popular Mid-range group.

A brief profile of each of the 10 restaurants mentioned in the ‘Popular at Local Prices’ classification appears in the listings at the link provided in the first paragraph above.

Each of these honors put on line here today appeared in the Phuket Gazette issue of December 31 and again in The Nation newspaper of January 1.