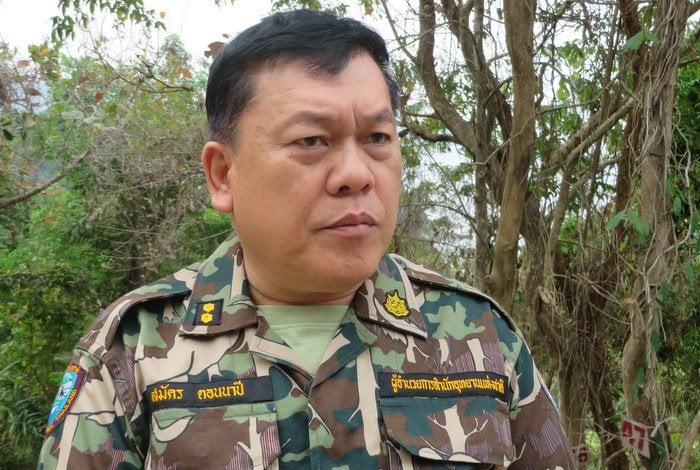 PHUKET: Officials have requested the use of Article 44 of the interim Charter to reclaim national park land that was illegally commandeered by investors, the Sirinath National Park chief told the Phuket Gazette.

The news follows a meeting on Thursday at the Sirinath National Park Office, during which both Phuket and national officials discussed the progress of an ongoing investigation into suspicious documents issued for land within the park.

“We have proof that many land titles and documents were illegally issued. As soon as we have enough evidence in a particular case, we send it to the court. However, the court process is very slow,” said Sirinath National Park Chief Kitiphat Tharapiban.

“The same goes for requests to the Land Department to cancel illegal land documents. It takes quite a long time. Article 44 would help us speed up this process.”

Requests have already been submitted to the Land Department to void the land titles held by several companies and resorts, which have been under fire for years for suspicious land documents, Samak Donnapee, director of the Department of National Parks, Wildlife and Plant Conservation (DNP), confirmed to the Gazette yesterday.

“We are waiting for the Land Department to heed our request to void land titles for 16 plots that cover 244 rai of land within the park,” said Mr Samak.

Luxury resort Trisara, owned by Three Dolphins, was developed on some of the plots that officials have requested titled deeds to be voided for.

Last year, Nipon Chotibal, acting director-general of the DNP, told the Gazette that Three Dolphins originally submitted a NorSor 3 Kor for 37 rai for an upgrade to a Chanote title. However, when the land was issued a Chanote, it was for 99 rai – not 37 rai. This led the officials to believe the Chanote had been wrongfully issued (story here).

“We have requested the cancellation of eight Chanote titles and one NorSor 3 Kor covering land belonging to Three Dolphins, which owns Trisara Resort,” said Mr Samak.

Another resort whose titles have long been in question is Phuket Peninsular Spa and Resort, an abandoned property that is visible from Nai Yang Beach (story here).

“Part of the resort’s Chanote was originally a SorKor 1 for two rai. However, that increased in size to six rai when it was upgraded to a Chanote,” said Mr Samak last year.

Mr Kitiphat went on to explain that officials are facing many other problems in reclaiming the more than 4,000 rai of encroached land in Sirinath National Park, and that the battle is far from over.

“This is not a new issue. It has been going on for years,” he said. “We have lost no less than 30 billion baht worth of land as a result of people illegally obtaining land titles for it.

“Most of the documents for land within Sirinath National Park are actually ‘flying’ SorKor 1“.

Flying SorKor 1 are title deeds that have been legally issued for a specific plot of land, but are then applied to another plot of land elsewhere.

“We have cancelled most of the illegal KorSor 1 in the park,” said Mr Samak. “However, we are still investigating the ones that have not been cancelled and are still being presented as evidence of ownership.”

“We want the National Anti-Corruption Commission to help us in our investigation,” said Mr Samak. “We will be sure to have all necessary evidence and documents ready for them when they need it.”

The NACC last year launched an investigation into more than a dozen officials suspected of illegally issuing land titles for land in the park (story here).