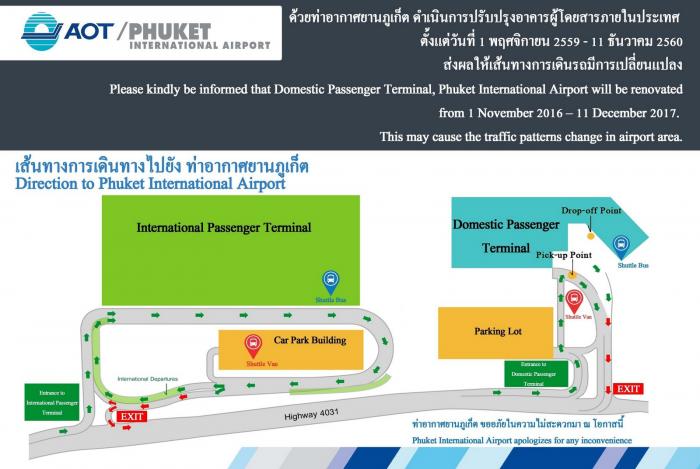 PHUKET: The Airports of Thailand (AoT) has released a map for Phuket Airport after the September 16 opening of the new international terminal and commencement of renovations at the old (now domestic only) terminal.

Work to revamp the domestic terminal began on November 1.

The map gives directions on how to access the parking area, while an additional graphic notifies the public of shuttle/van pickup and drop off points. The information is in both English and Thai.

Airport Director Monrudee Gettuphan told the Gazette that the renovations at the domestic terminal are ‘expected’ to take a total of 330 days, and will end on December next year.

Opinion: The environmental cost of development