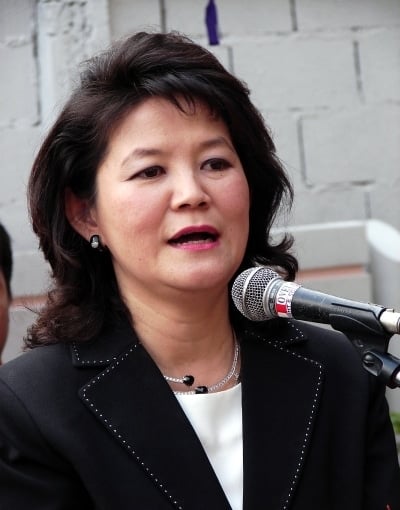 PHUKET: Anchalee Vanich Thepabutr, Secretary-General to the Prime Minister, this morning urged all people living in Phuket to register as residents so that appropriate-size development budgets could be allocated for the number of people actually living on the island.

The rapid pace of development in Phuket was a serious concern of Prime Minister Abhisit Vejjajiva and the Cabinet, and the focus of much discussion at the Cabinet meeting on Tuesday, she said.

The Cabinet has allocated about 10 billion baht to developing Phuket infrastructure this year.

“The Cabinet agrees that this budget will bring much reward because Phuket generates a lot of income from tourism. Phuket deserves this budget,” she said.

Construction of the convention center, to be built behind the Tah Chat Chai School, should start this year and take three years to complete, she added.

“The project is currently in the process of finding an architect. Once complete, the center will be able to serve Phuket, Phang Nga and Krabi,” she said.

Ms Anchalee also said the Tourism Authority of Thailand had announced earlier today that 15.5 million tourists visited Thailand in 2010 and that one in three tourists to the Kingdom visits the Andaman region.

In light of this, Phuket needs to develop its infrastructure, she said.

Ms Anchalee called on people from different provinces who now live in Phuket to register as Phuket residents so the government would have an accurate population figure.

“This will allow the government to plan development projects and allocate proper budgets to meet Phuket’s needs,” she said.

“Phuket is like one big house. We need to know the actual number of people living in it so we can calculate exactly how much money to spend on food, water, trash and so on,” she said.

The child center, a government initiative, has eight classrooms and can provide care for 100 children at a time.

“This is just one [facility] being built in areas around the country where more childcare facilities are needed,” Ms Anchalee said

She added that the government had identified 409 other locations nationwide where more childcare facilities were needed.